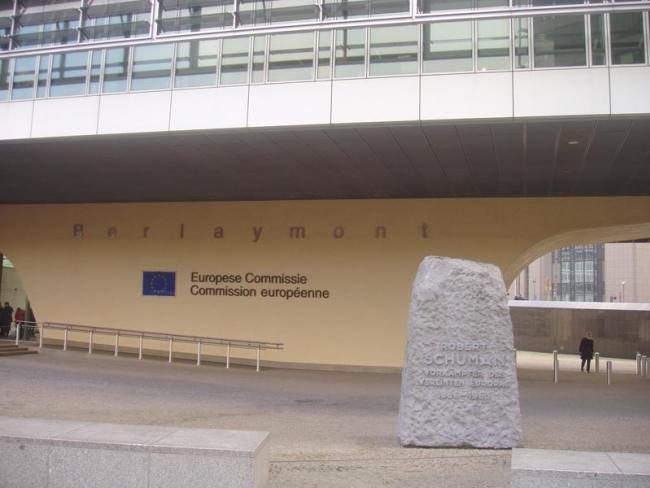 The Brussels headquarters of the European Commission, which spent more than 20 years planning the Mercosur deal.

Austrian trade unions are claiming victory after the Austrian parliament rejected the planned free trade agreement between the EU and the Mercosur group of Argentina, Paraguay, Brazil, Uruguay and Venezuela.

In a statement issued just after the vote the Austrian trade union federation ÖGB took credit for leading the opposition to the Mercosur deal, citing objections to a free trade agreement which lacked “binding and enforceable rules relating to workers and the environment”.

The agreement had been 20 years in the making – with the ÖGB opposing it from the start. Since the deal requires unanimity in all EU member states, the Austrian vote means it is now effectively dead.

“Instead of social rights and enduring international ecological cooperation, a liberalisation deal has been worked out that puts the interest of some businesses at the centre, at the expense of people and the environment,” said ÖGB president Wolfgang Katzian.

The decision was taken in a subcommittee of the Austrian parliament, but it is binding on the current government and future ones, unlike the Irish rejection of the deal in March which was non-binding and seen as symbolic only.

Theresa May’s government was an enthusiastic supporter of the Mercosur deal. Treasury minister Greg Hands told parliament on 3 November 2016, “the UK will continue to press for and support an ambitious EU trade agenda, including its negotiations with the Mercosur bloc”. Anna Soubry, while a minister in David Cameron’s government, was a big advocate for the deal.

A Google search conducted today (23 September) appears to indicate that the UK TUC has not made a statement on the Mercosur negotiations since 2007.

Trade consultation ignores need for industry
Independence and trade
Made in Britain?
Irish farmers protest
We're in good shape for no deal - official