Euro a 'house of cards' 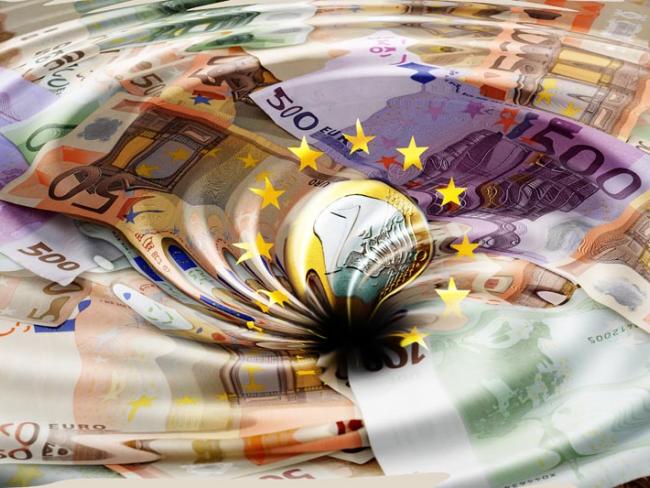 The economic troubles of the EU will not go away, despite the sustained denials by politicians, echoed by some here in Britain. One expert tells a different story.

Professor Otmar Issing, the European Central Bank’s first chief economist and a key figure in the creation of the single currency, said on 17 October, “One day, the house of cards will collapse. Realistically, it will be a case of muddling through, struggling from one crisis to the next. It is difficult to forecast how long this will continue for, but it cannot go on endlessly.”

He went on, “The Stability and Growth Pact has more or less failed. Market discipline is done away with by ECB interventions. So there is no fiscal control mechanism from markets or politics. This has all the elements to bring disaster for monetary union…The no bailout clause is violated every day.”

‘The consequences Quantitative Easing could be disastrous.’

The ECB already holds more than 1 trillion euro of bonds bought at artificially low or negative yields, implying huge paper losses once interest rates rise again. Issing said, “An exit from the QE [Quantitative Easing] policy is more and more difficult, as the consequences potentially could be disastrous…The decline in the quality of eligible collateral is a grave problem. The ECB is now buying corporate bonds that are close to junk, and the haircuts can barely deal with a one-notch credit downgrade. The reputational risk of such actions by a central bank would have been unthinkable in the past.”

Issing slammed the first Greek rescue in 2010 as little more than a bailout for German and French banks, insisting that it would have been far better for Greece to leave the euro. The Greeks should have been offered generous support after Greece had restored exchange rate viability by returning to the drachma.

Issing has warned repeatedly against trying to force the pace of integration, or to achieve federalism ‘by the back door’. He decried the latest EU plan for a “fiscal entity” in the Five Presidents’ Report, warning that this would lead to a rogue plenipotentiary with unbridled powers over all EU member nations, beyond democratic accountability. Such a system would end the budgetary sovereignty of the member states and violate the principle of no taxation without representation, forgetting the lessons of the English Civil War and the American Revolution.