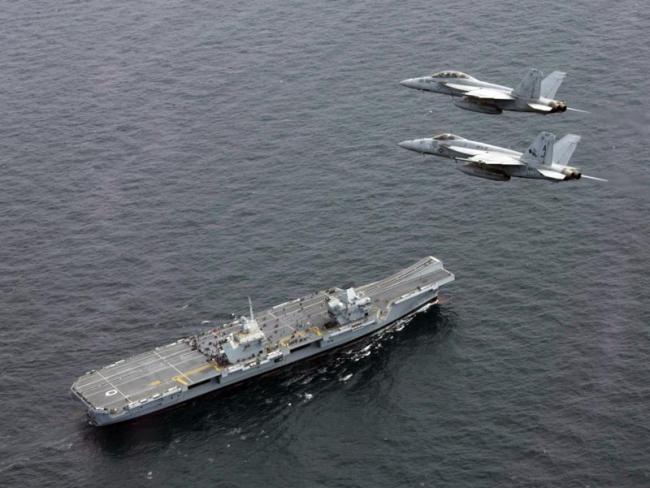 Roughly 100 mariners are now involved in protecting Buckingham Palace, a first in changing the guard history. While this might be good for tourism as an oddity, it is rumoured that the Navy is so short of sailors it cannot crew its ever-dwindling pool of gunboats.

The entire Navy currently appears to consist of just 19 frigates, 7 submarines and 2 amphibious landing ships. Not nearly enough to rule the waves. The landing ships Albion and Bulwark are apparently being measured up for sale to the navies of Chile and Brazil. This will mean an end to large-scale British landings and invasions – a good thing.

The only helicopter carrier the Navy has, HMS Ocean, is scheduled to be scrapped. Naval helicopter pilots flew more sorties in Afghanistan and Iraq than their Army compatriots so a carrier is no longer needed and 1,000 Royal Marines become redundant.

Since the mid-2000s the Royal Navy has run its fleet on a leaseback scheme with the VT Group (Vosper Thorneycroft ship builders; Lord Thorneycroft is past Chair of the Tory Party).  All this is to be compensated for by the aircraft carrier HMS Queen Elizabeth, the largest ship the Navy has ever had, whose completion date is some time in the 2020s. Its full carrying capacity of 40 aircraft is to be tested on the US seaboard, so perhaps HMS QE will end up flying the Stars and Stripes.

No sovereignty without defence
Every empire needs an army – especially the EU
The EU empire's surge towards a European army
Who voted to hand over the army to the EU?
May's defence surrender