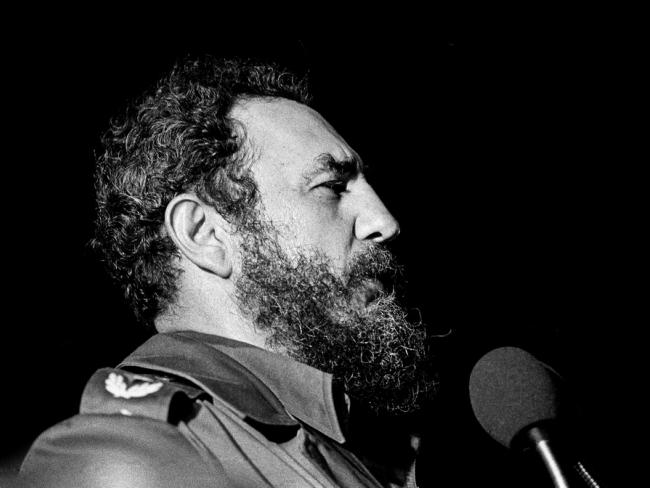 “My country is in silence, no music to be heard, not a single smile, nothing, there is much sadness, our best son has departed our country. What pain!” – the words of a Havana resident after the announcement of the death of Cuba’s former President Fidel Ruz Castro.

In accordance with his wishes, Fidel’s body was cremated within hours of his death on 26 November. There were to be no embalmed body, statues or other trappings of a personality cult. After lying in state, his ashes were transported across Cuba to Santiago de Cuba, where he made his victory speech on 1 January 1959, reversing the route that brought his rebel army to Havana from the Sierra Maestra mountains in eastern Cuba.
Santiago de Cuba, the Hero City that was the cradle of the revolution, already hosted the tomb of José Martí, Cuba’s national hero who led the fight for independence from Spain. Here space had been reserved for Fidel’s ashes, which were interred in the tomb after a private ceremony.

Across the world, in Africa where Cuba’s role is well known in supporting liberation movements, providing healthcare and education for independent African states, or in Latin America and the Caribbean where similar Cuban solidarity initiatives are well known, Fidel Castro is loved and seen as the embodiment of this solidarity.

Many leaders from Africa, Latin America and Asia attended the public funeral, recognising the role Fidel played in the fight for liberation and independence. From the liberation war in Guinea-Bissau against the Portuguese colonialists to the defence of newly independent Angola threatened with invasion, his support was unwavering. Cuban troops, under his personal command, albeit he was in Havana, defeated the South African army and air force in a battle that would play a major role the independence of Namibia and the end of the apartheid regime in South Africa.

The US government squabbled among itself over the “serious” issue of whether any senior figure from the US should attend the memorial service for Fidel in Havana, bandying words like “despot”, “mass murderer” and “brutal dictator”. The British government didn’t know what to say about his death. It settled for qualified condolences and like other European governments could not resist using the occasion to demand political changes in Cuba.
Meanwhile the Cuban people, in pain and in unsmiling sadness and silence over Fidel’s departure, looked to the future. Young Cubans were queuing up across the country to sign pledges to continue the revolution, committing themselves to socialism and the values of Fidel.

And we will win just as Fidel and the Cuban working class won and continue to win.

Always on to victory!