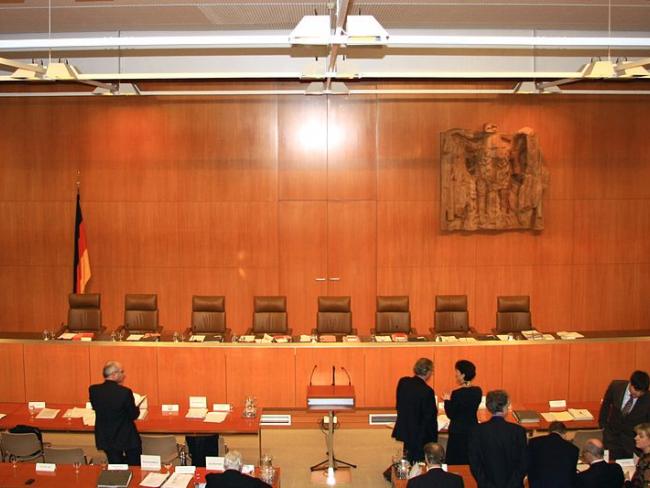 Germany’s constitutional court – having to leave judgements to the EU. Photo Wo st 01 (CC-BY-SA 3.0)

Though Germany’s top judges warned yesterday (21 June) that they will not tolerate any measure or legal finding from the European Union that clashes with the higher principles of the German Basic Law, they have retreated on a crucial issue. In reality they are bowing to the EU.

The German Constitutional Court reiterated a longstanding position that Germany does not accept claims of judicial supremacy by the European Court of Justice (ECJ), but the wording is weaker than its ruling on the Lisbon Treaty in 2009. The court asserted its residual right to review EU law but in effect it has submitted.

This event makes clear the real relationship and status between the ECJ and the national courts.

The German judges aimed well in saying that EU law has its limits and can never take precedence over their national law. “The legitimacy given to state authority by elections may not be depleted by transfers of powers and tasks to the European level.” The German court said the German state is required to “use legal or political means” to revoke or block measures if “institutions, bodies, offices and agencies of the EU exceed their competences in a manifest and structurally relevant manner or violate the constitutional identity in other ways”.

However, the German court bowed to the European Court on a key question of authority. In 2014 the German judges issued a preliminary ruling that the European Central Bank had overstepped its mandate and was probably acting “ultra vires”. It referred the case to Luxembourg for a second opinion. The ECJ swept aside the pre-judgement. The German Court could have chosen to make a stand but had instead accepted the verdict quietly.

If the British Supreme Court were ever to strike down an EU law because it violates the British constitution, it cannot invoke a German precedent. To retain control of our law making, the only way is to leave the EU which will bring back the supremacy of our courts.