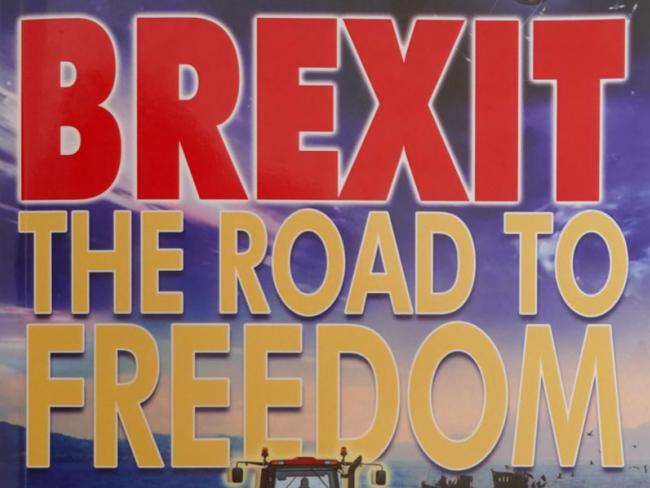 “It’s hard to think of any aspect of the Leave debate, both pro and anti, which the author doesn’t cover in some detail.”

Leave campaigner Will Podmore’s latest book is a comprehensive overview of the field of Brexit history, the current situation, and the future which becomes both possible and needed once we have left the EU.

‘If you find yourself in the midst of a Brexit argument, this is the book for you.’

It’s hard to think of any aspect of the Leave debate, both pro and anti, which the author doesn’t cover in some detail. If you find yourself in the midst of a Brexit argument in the pub or while campaigning in the street, this is the book for you.

He begins by looking at the powerful history of democracy in Britain, from the Magna Carta in 1215 to the EU Referendum vote in 2016, and how the European Coal and Steel Community set up in 1951 evolved into the European Union we know so well today.

On the way the author reminds us of the once proud strand of Labour thinking which valued British independence, quoting Clement Attlee in 1962: “I have read the Treaty of Rome pretty carefully, and it expresses an outlook entirely different from our own… The fact is that if the designs behind the Common Market are carried out …there would be no national planning, except under the guidance of Continental planning – we shall not be able to deal with our own problems.”

And again: “Unfortunately in this country the propaganda for entering the Common Market has been largely based on defeatism. I believe in a planned economy… I have no prejudice in a Britain planned for the British by the British.”

In an excellent chapter on economic aspects of the EU, the author looks at the EU’s policies of austerity, forced onto member states wherever possible, the creation of the euro, and Project Fear.

And along the way, the author examines the reality of British payments which have poured into the bottomless pockets of the EU, showing how the famous £350 million a week claimed by the Leave campaign was in fact an underestimate!

Subsequent chapters deal with the Scottish 2014 Referendum, and the nature of the 2016 EU Referendum – its validity, and how many who piously talked about “respecting the outcome of the vote” had no intention of doing so, and have in fact organised to overturn it. And it shows that a key reason given by Leave voters for how they voted was the principle that decisions about the UK should be taken here.

Brexit opponents from the “left” often raise the issue of workers’ rights, attributing them to a beneficent EU. This book shows in detail how the opposite is true, and that rights under British law were won by British workers themselves.

And in the same vein, the book deals with the “free movement of workers”. This does not benefit our class, but on the contrary it frees up employers to set up shop wherever in the EU they want, and drives down pay and conditions.

Later chapters deal with such issues as “is the EU a force for peace?” (it’s not – the book shows how it does the opposite), the nature of the EU’s move towards a superstate, and the farce of the so-called negotiations on Britain’s withdrawal, where the EU has been allowed to call the shots.

The final chapter looks ahead, to what can be possible when we leave the EU. At last Britain will be able to make its own decisions and plan for an independent future. It will be essential that the people themselves assert control and don’t sit back and leave it up to the politicians who have made such a mess of Leaving.

Brexit: the Road to Freedom is highly recommended.