How market madness is throttling broadband 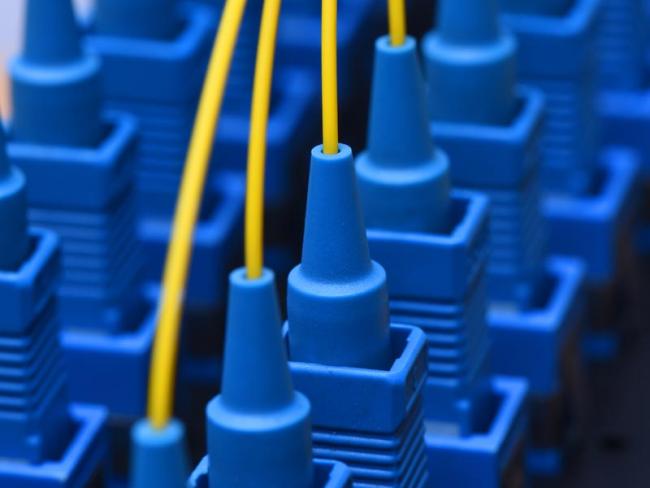 Britain could have led the world in fibre broadband. Instead, hostility to nationalised industries and blind faith in the market shut development down – and are still holding back the country’s productive forces…

For rhetoric about making the best-connected city in Europe you can’t do better than visit the London Mayor’s website. But a different story is told by a report on connectivity in London from the London Assembly’s Regeneration Committee: “London’s success and international competitiveness,” it says, “are under threat because of sub-standard digital connectivity.”

And it’s not just London. In Spain, as the regeneration committee points out, 83 per cent of all its buildings are connected to pure fibre. In Britain, the figure is just 3 per cent or even less. The Committee also notes that in terms of overall connectivity London, ranks in the bottom five British cities, with 73.6 per cent of 4G coverage, and 30th out of 63 cities across the country in terms of high-speed broadband coverage.

Nationally, 1.4 million homes and businesses can’t get broadband speed higher than 10 megabits per second (Mbps). Not all of these are in remote rural areas: there are such areas in the City of Westminster.

In 2015, nearly 20 per cent of the country’s business turnover, £533 billion, took place online. Sales using Electronic Data Interchange were worth £320.1 billion, and £141.7 billion of these were in the manufacturing sector. Fast, functioning broadband is not a luxury: it is essential to industry.

The stifling of our computer and technical industries by capitalism dates back into the last century. In the 1960s the government stopped the possibility of significant British semiconductor production, sponsoring a merger of GEC, AEI and English Electric and ceding the ground to Asia. In 1971 GEC closed down British factories making standard logic chips, the basic microprocessors.

Then it got even worse. Having given up on making chips, the government set about sabotaging the country’s tech infrastructure.

Engineers recognised way back in the 1970s that the copper wire which supported existing telephony was not fit for the future. BT, in those days publicly owned, began to plan for fibre connections.

The fibre revolution started. In a six-year programme, Britain installed more fibre per capita than any other nation, and built factories to make the necessary cabling and other equipment. The world’s first wide area fibre optic network was set up in Hastings in 1990. Even then, BT had worked out how to supply fibre to homes cheaper than copper.

And then it stopped. When Thatcher finally understood what was going on, she crushed it, appalled that so much progress – and power in the future – would be carried out in the name of a nationalised company.

The story sounds like the imaginings of conspiracy theorists, but it has been thoroughly documented by Dr Peter Cochrane, BT’s technical director at the time.

‘When Thatcher finally understood what was going on, she crushed it.’

BT was told to halt its fibre development. In the name of “competition”, so that Japanese and American cable companies could get in on the act. The two factories BT had built in Birmingham and Ipswich were sold off to Fujitsu and HP, and the assets were shipped out to South East Asia.

Immediately, Britain fell behind. Today, the full fibre cabling which BT was set to achieve two decades ago, remains a dream.

Comparisons with continental Europe, widely used by the government when they talk of targets for broadband availability, don’t tell anything like the whole story. Indeed, one expert describes them as pointless. Truly international comparisons, with Asian countries such as Japan, South Korea, and Singapore, show a very different picture.

British fibre broadband is mostly FTTC, Fibre To The Cabinet, rather than Fibre To the Home, FTTH (or more widely, including businesses, FTTP, Fibre to The Premises). FTTC provides a fast network for part of any packet’s journey. But in most of the country the final leg, from the box in the street to the premises, is still on copper wire, outmoded fifty years ago.

Copper is slow and prone to interference and signal degradation. It’s responsible for Britain’s lamentably low broadband speeds. And, experts warn, it is freezing Britain out of cloud computing.

The government obscures the reality of the situation by using European Commission definitions of different standards for broadband speed. It defines super-fast broadband (still delivered to the premises by copper-wire) as a speed in excess of 24 Mbps, though Ofcom, the regulator, uses a definition of more than 30 Mbps. When it comes to ultra-fast broadband, the government defines it as speeds in excess of 100 Mbps, while Ofcom uses a standard three times faster, of speeds in excess of 300 Mbps.

In fact, 1.4 million British homes and businesses cannot get anything faster than 10 Mbps. The average fixed line broadband download speed is 16.9 Mbps. Some 45,000 businesses are still using dial-up connections, says the Federation of Small Businesses.

A look at the international league tables for average broadband speeds shows that only three countries in the top ten are in the EU. South Korea, Hong Kong and Singapore dominate. In the peak speeds table, only one EU member, Sweden, appears in the list, down in tenth place.

The solutions offered by British governments have been inadequate in the extreme.

‘Even when acceptable speeds are available, take-up is low.’

For people in those areas of the country without broadband speeds of at least 2 Mbps, the Better Broadband Scheme was supposed to bring them online. But this offered a subsidised satellite connection, which could not match the speed of fibre broadband, had issues with latency, and was sensitive to bad weather (a big drawback in Britain). Targets have been set and revised, and dates put back. “The market”, which was supposed to solve the problem, has signally failed.

Although the areas with the lowest speeds include parts of Britain’s major cities – in London and Manchester less than 50 per cent have access to so-called superfast broadband – the government excluded urban areas from the Superfast Programmes, claiming that “commercial competition already exists in these locations”. For others, it has been left to “community-led solutions”, under which a community has to fund-raise to meet the cost of installing fibre.

Even when acceptable speeds might be available, in 89 per cent of the country (if you believe the government’s publicity) take-up is low, with only 31 per cent using them. The reasons for this are clear: reliance on the market to solve the problem of connectivity means that access is expensive.

The big broadband companies sell their products to workplaces and homes with confusing contracts and terms and conditions, service is poor and unreliable, speeds slump at peak times when more people go online, and support is outsourced abroad. Ofcom reports that it takes an average of 13 days for a new broadband service to be installed and working.

There was talk of imposing a Universal Service Obligation on broadband providers, and a watered-down version found its way into the Digital Economy Bill in 2016. But when the House of Lords increased the threshold proposed from 10 Mbps to 30 Mbps, the government struck out the Lords amendment.

The universities could play their part. In the USA, development of large-scale networks was driven by defence – ARPANET, the 1960s precursor of the Internet, was a project of the US Department of Defense. And in Britain, in the 1990s, the universities did take the lead.

Ignoring the artificial division of Britain into England, Scotland and Wales, they built a truly national infrastructure for university finance and administration, the joint academic network (JANET), following up with a high-speed version, Superjanet. If this were to be developed, and put at the disposal of the national economy, universities would have found a role, one far more useful than exploiting their students for fees, promoting vanity-projects overseas, and paying their vice-chancellors grossly inflated salaries.

Unsurprisingly, a great fuss is made about “digital skills” and “digital literacy”, as if Britain’s backwardness in technology was the fault of the stupid workers. In fact, British technical skills are of a high order, but we need a plan to ensure that those skills are passed on to the next generations, in schools and apprenticeships.

Could there be a better example of capitalist relations of production acting as a brake on the development of the means of production? At present, the responsibility for broadband provision sits with the Department of Culture, Media and Sport, a measure of the importance successive governments allocate to it. It is time to transfer the responsibility to the Department for Business, Energy & Industrial Strategy.

BT’s Chief Executive estimated the cost of FTTP to be around £28 billion. A considerable investment, clearly, but one that would pay for itself in time, unlike the huge sums still leached away to Brussels.