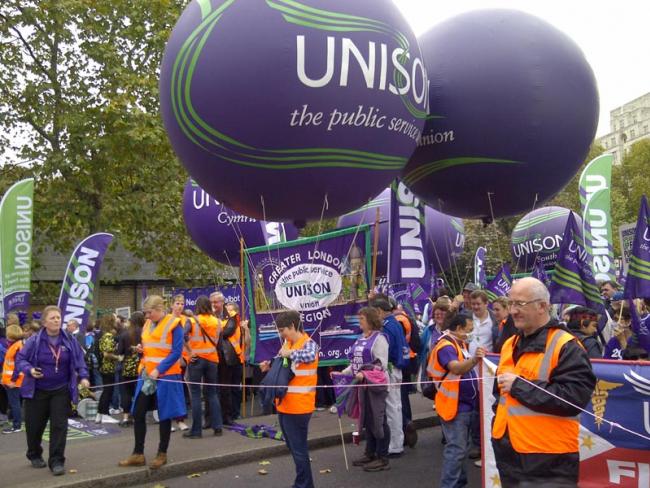 The 2016 local government pay negotiations are under way. Unite, GMB and Unison gird their loins for a battle.

After the fiasco of the 2014 and 2015 badly termed “disputes” Unison undertook a farcical process – after which lay member sentinels were attached at all levels of the union’s negotiating structure. They have to make sure those dreadful full-timers don’t march them up to the top of the hill, then down again like the Grand Old Duke of York. 2016 promises to be even more ridiculous with these armchair tacticians in charge.

Such is their obsession with the Living Wage that they lodged a pay claim last summer based upon making it the minimum rate, with a £1 per hour flat rate increase for anyone already earning above it. Something like 60 per cent of staff in local government would get only the flat rate rise as they already receive the Living Wage, its equivalent or better. Despite this, the claim – with its focus on the Living Wage – signals that their rise is not important.

Twenty-five of London’s 32 boroughs already pay the Living Wage. Six of Unison’s 12 regions already have 50 per cent of workers on or above the Living Wage. So after all the hot air the joint trade unions, again, are effectively only bothered about an increase for a minority.

A recent survey of local government workers indicated that pay was fifteenth in their list of priorities. There are likely to be calls for an industrial action ballot early in the New Year which is likely to give further ammunition to the government and its Trade Union Bill – highlighting low ballot returns for strike action.