Skip to main content
Home » News/Views » Made in Britain? 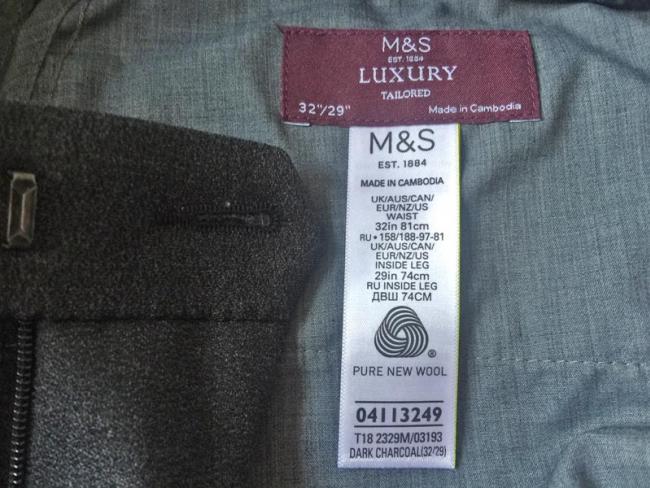 It’s a funny old world when you can look at a 100 per cent British wool men’s suit in Marks and Spencer and discover that it has been manufactured in Cambodia – thanks to the EU. M&S is simply utilising the EU’s “Everything But Arms” scheme, introduced in 2012, which allows companies in the poorest developing countries to export food and manufactured goods to EU markets without tariffs or limits on quantity.

With its usual pious nod to morality, the EU says that the scheme “can be withdrawn in case of some exceptional circumstances, notably in case of serious and systematic violation of principles laid down in fundamental human rights and labour rights conventions”.

In practice, such safeguards are (and not accidentally) toothless. Human Rights Watch, for example, documented a series of abuses in 2016 in Cambodian factories producing garments for brands including M&S.

The British campaign group Labour Behind the Label has documented the low wages of garment workers in Asia. Its website lists the living wage and the minimum wage for a number of countries. Cambodia’s living wage is calculated at 1,630,045 riel (£321.32) a month, whereas the minimum wage is just a third (34 per cent) of that.

It’s just one of many examples that show that outsourcing manufacture from developed to developing countries is generally a lose–lose situation for workers.

In the 1960s Marks and Spencer sourced 99 per cent of its products from Britain. Even in the 1990s that figure had only fallen to 70 per cent. Then in 1999 M&S cut the proportion of British-made clothes to a third, a move that on its own led to the loss of 8,000 textile workers’ jobs here.

The company wasn’t operating in a vacuum. Trade policy, since 1973 under the direction of the EU, saw the phasing out of the Multi Fibre Arrangement which had given tariff protection to UK textile manufacturers. Little wonder that in 1995 M&S stopped saying how much of its clothing is made in Britain.