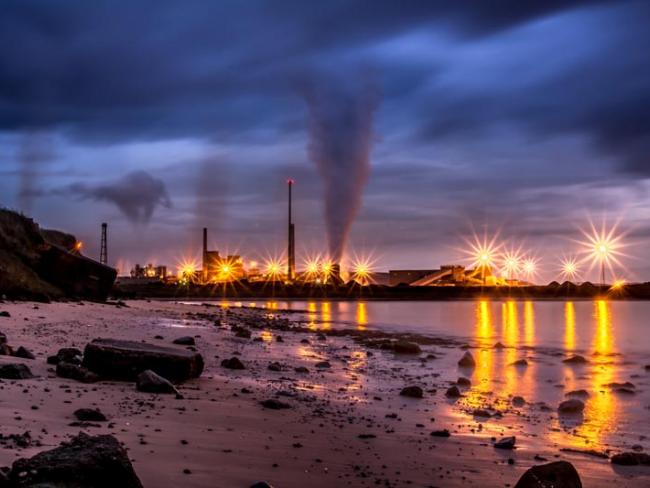 The march and rally followed recent announcements of plant closures and job losses right across the industry. Workers face the dole in Sheffield’s neighbour town of Rotherham and also in nearby Scunthorpe. The SSI plant in Redcar has recently closed down completely, devastating the economy of Teesside. Jobs are also threatened in Lanarkshire.

TUC General Secretary Frances O’Grady suggested that one in six steelworkers face losing their jobs. “Britain desperately needs a long-term industrial plan, but ministers have refused to commit to one. The closure of factories will devastate surrounding communities, and cause jobs losses throughout the supply chain. The chancellor’s ‘Northern Powerhouse’ has to be more than a slogan for a party conference.”

“The time for government action is now,” said Roy Rickhuss, General Secretary of steelworkers’ union Community. “We need action – not just words – on energy costs, business rates, skills retention and, most of all, action to ensure a level playing field. Let us compete fairly – stopping, as the USA has done, the dumping of cheap steel from the likes of China.”

Sheffield MP Louise Haigh attacked the government’s short-sighted decision to refuse to support an industry which has been at the heart of Sheffield for generations, accusing them of indulging in “short-termism at its worst”. She identified the real problem when she said: “Rather than wringing their hands and hiding behind EU law, they should be taking concrete action.”