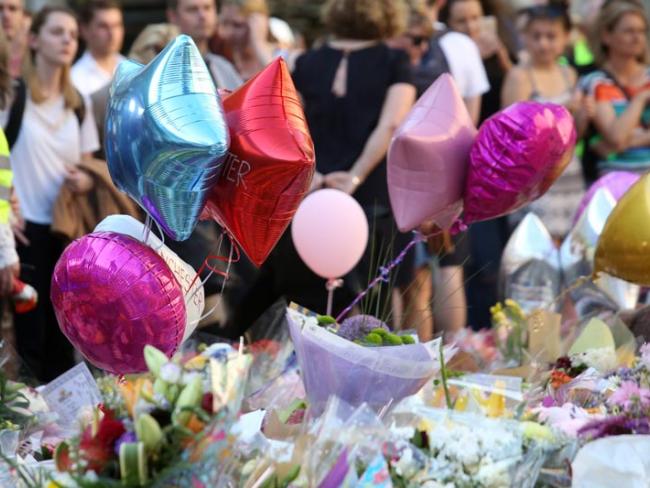 Manchester, 25 May: People in St Ann’s square stare at the thousands of flowers and balloons placed in tribute to the victims of the Manchester bombing. Photo lonndubh/shutterstock.com.

The recent murderous attacks in  Westminster, Manchester and London Bridge show that the government’s Prevent strategy to combat terrorism is right to say that “the greatest (terrorist) threat to the UK as a whole is from Al Qa’ida and groups and individuals who share the violent Islamist ideology associated with it.” That remains true despite the vicious Finsbury Park attack (itself a ghastly echo of London Bridge), which happened as Workers went to press.

Al Qa’ida and its offshoot Islamic State copy the worst aspects of US interventions, the murders, the torture, the rapes. There is no appeasing them. In July 2016 Islamic State said: “The fact is, even if you were to stop bombing us, imprisoning us, torturing us, vilifying us, and usurping our lands, we would continue to hate you because our primary reason for hating you will not cease to exist until you embrace Islam.”

This is fascism. People who will carry out nail bombings on young girls at a concert, stab at random and use vehicles to mow down pedestrians in the street, are nothing but fascist murderers. Such barbarous criminals can have no excuses for their actions.

‘Al Qa’ida and its offshoot Islamic State copy the worst aspects of US interventions, the murders, the torture, the rapes. There is no appeasing them.’

Yet some groups in Britain defend Islamist terrorism. For example, Cage, which calls itself “a human rights advocacy group”, has described an Isis beheader as “extremely kind” and “extremely gentle”. They have described criticism of Boko Haram, the Nigerian Islamist group which abducted 275 schoolgirls, as “demonising Islam” and that the Bring Back Our Girls campaign is a “colonial trope”. Such people let terrorists off the hook by blaming imperialism. Yet Isis seeks to create an Islamic empire.

Islamists claim that the government has invented a threat in order to criminalise Muslims. Ibrahim Ali, from the Federation of Student Islamic Societies, said at a Cage event, “Prevent is itself a racist agenda, it’s an slamophobic agenda; an agenda that's based on no evidence.”

The Prevent strategy aims to prevent people from being drawn into terrorism, and seeks to challenge all forms of extremism. It claims to have helped to stop 150 people, including 50 children, entering war zones in Iraq and Syria in 2015. The strategy has had its problems, and has modified its approach to some extent in response to some genuine concerns. But those groups who denounce it wholesale are echoed by those who use the catch-all slur of “islamophobia” flung at anyone who dares to speak against them.

Such apologists for terrorism deride the views of Muslims who bravely speak out against the rise of Islamic extremism. Nazir Afzal, the former chief prosecutor who reopened the case against Pakistani-origin taxi drivers for street grooming, rape and abuse of young girls in Rotherham, appeared on Question Time in May this year. A Muslim himself, he said of Islamic extremists, “You have to confront them.”

In the programme a woman who described herself as a British Muslim spoke from the audience about the “elephant in the room”. She said “there is an issue with regard to radicalisation and extremism that does exist within our community...[which] we have to accept and deal with... Saudi-trained clerics [are] coming in and speaking to children as young as seven.”

She advised that all Saudi-financed mosques should be closed down for now. “We have home-grown terrorism and terrorism is also being imported right under our noses.”

Of course programmes like Prevent are inadequate. All of us must take responsibility for our future. We must exert proper control of our borders, and assert the principle of one law for all in Britain, with no jurisdiction by the European Court. And we must deal with sources of division in our society, remove religious schools which separate children, emphasise the need for all citizens to speak English, and fight for decent jobs and pay to unite us all.

Union mourns murdered colleague Lyra
Safer out than in?
Rail union calls on SNP to stop its attack on transport policing
What makes us safe
Stop Cameron's renewed drive to war in Syria!