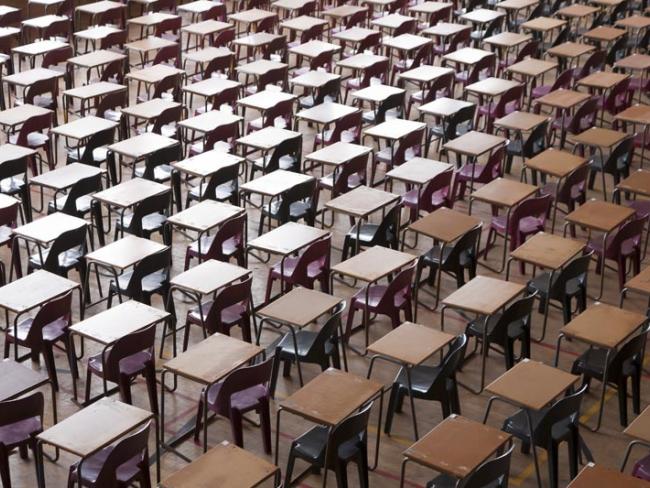 Why have governments of all political hues been so obsessed with school testing? The latest wheeze is to test the youngest children within a few weeks of starting full-time school, when most are still just four years old…

This is a new form of “baseline“ testing in reading, writing and maths. The results of these tests will then be used to compare test results at the end of primary school, to judge how well each child has progressed.

Baseline testing has been tried before in Britain. In 1997 the Labour government introduced a system which lasted just five years because it proved damaging, time-wasting and ineffective, with such a low statistical reliability that the outcomes were seen as meaningless.

As any experienced early-years teacher knows, sitting down with a new four-year-old pupil and asking a series of progressively harder questions (one recommended format), or even getting a computer to do it for you (another), will be unlikely to tell you anything useful about what the child knows and can do.

For a start, a young child experiencing full-time school for the first time is just as likely to refuse to talk to you at all if they don’t know you. Such very young children need at least half a term to settle in to the new world of school, and until they do they will be unlikely to show adults what they know.

Early years teachers know how to assess young children’s learning because they do it all the time, and it is a complex and painstaking business. The purpose of assessment as far as teachers are concerned is so that they know what to teach and how best to teach it. The new tests will not help in this, and will take up a great deal of time in a period when teachers need to be concentrating on making sure that the children settle comfortably into school life.

So such formal, standardised tests will significantly underestimate children’s learning. Of course, a cynic might see this as useful, falsely boosting the apparent progress the child has made by age 11. But a process which sorts children into successes and failures at age 4 is a cruel and damaging one as well as being stupid.

Each of the testing criteria must be marked as pass/fail to achieve a final score for each child. For parents to be told that their 4-year old is failing is unhelpful to say the least, and research has consistently shown that even very young children can be quick to think of themselves as failures, a self image which is then hard to change.

The futility of narrow testing of literacy, reading and maths at this age is further underlined by considerable research which shows that such aptitude at 4 doesn’t necessarily correlate with later achievement. Much better indicators of later success are self-confidence, curiosity, enthusiasm for learning, and independence.

The new tests are available to be trialled by schools this September, with a view to adoption in September 2016. The Department for Education (DfE) says they will not be compulsory, but Ofsted inspectors will be asking schools how they know about progress between 4 and 11. Inspectors are notorious for their lack of understanding of early years assessment, so the assumption is that they will want to see simple test results. Schools will be under pressure.

The DfE invited private companies to compete to come up with a testing system, with the aim of identifying six to be permitted to offer their wares to schools. The testing methods of the initial six chosen range from observing children – probably the most acceptable – to interrogating children about their reading and maths, stopping if a child gets three successive questions wrong.

How the outcomes of such different methods of testing could possibly be comparable is a question ministers have been anxious to avoid.

So why add yet another layer of testing on what is already one of the most heavily tested school systems in Europe? Successive governments have steadily applied tighter and tighter central control over what goes on in schools in the name of “accountability”.

Of course schools should be accountable – for the public money they spend (although this does not apply to academies and free schools now) and, more importantly, as being responsible for the education of the young on behalf of society. At one time, this accountability was assessed through visits from Her Majesty’s Inspectors, who made judgements and helped schools which needed to make improvements. Not any more.

Modern state schools find themselves in a stranglehold: the National Curriculum; Ofsted inspectors who fly in, make snap and often ill-founded judgements based on ever-shifting criteria, and fly out again; a huge raft of policies to adhere to and be assessed on which also change constantly; league tables; national targets which change arbitrarily but bring down draconian punishments for failure; and tests, tests, tests. The DfE monitors how every school in England is performing on a wide series of measures, every term.

‘At one time Finland was flavour of the month – until it was realised that they have no tests at all until 18.’

Education ministers who know about education are rare, and mistrust of professionals is rife. A favourite activity is visits abroad to look at school systems there, returning to declare that teachers must now adopt methods used in New York/Sweden/Shanghai. At one time Finland was flavour of the month because its pupils did so well in international assessments – until it was realised that they have no tests or exams at all until 18.

And teachers are now subject to performance-related pay – another system tried before (in the 19th century) and abandoned because it didn’t work. Its purpose now is to intimidate and denigrate the profession.

The new baseline testing has met with universal condemnation from experts, professionals and organisations in the early-years education field. They have launched a campaign, www.betterwithoutbaseline.org.uk. A petition against the tests at change.org has already attracted more than 6,500 signatories.

Teacher unions are part of this campaign. At its Easter conference the NUT termed the tests “absolutely disgraceful” and “death by testing”, and voted to encourage schools, teachers and parents to opt out of the tests, with a possible ballot for a boycott on the cards. The union’s position was backed by the Pre-School Learning Alliance, the highly respected organisation for day nurseries and playgroups.

In the teeth of such concerted opposition, the DfE is showing signs of incoherence and wobble. Schools appear to be voting with their feet. At the beginning of July it was reported that only three of the desired six test providers had managed to sign up the requisite 10 per cent of schools, with the more formal systems failing to garner enough schools to continue.

It seems the few schools which did sign up for the failed providers will not have their costs reimbursed. And the education media now reports that the DfE is considering dropping baseline testing for 4 year-olds altogether and putting back the SATs tests for 6- and 7-year-olds!

Successive governments have shown extreme dislike and mistrust of professionals – workers who know about their area of work and don’t like being told what to do by politicians who don’t. When Michael Gove was education minister he called professionals The Blob, and saw it as his job to fight and defeat them. It will be up to teachers to carry through the struggle against this oppressive policy.