Welcome to the zombie economy 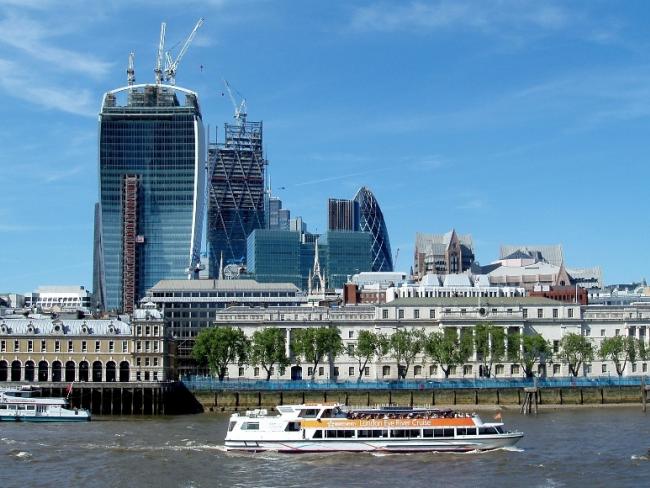 The City of London, heart of finance capital. Photo Workers.

This book by former management consultant Kerry-anne Mendoza is strong on detail exposing the devastating impact of austerity across society. Its weakness is the faith placed in restoring the lost world of social democracy as the answer.

The story begins in July 1944 with the Bretton Woods conference which brought about systemic changes to the capitalist financial system. From that sprang the International Monetary Fund (IMF), the International Bank for Reconstruction and Development (known as the World Bank) and the General Agreement on Trade and Tariffs (GATT). It also set fixed exchange rates valued in US dollars.

In Mendoza’s words, “These institutions would [result in] the structural power of the state used to enforce the corporate empire. In short, they have overseen the transfer of power from the State to private institutions and corporations.”

She claims the IMF invented austerity, “The IMF has used predatory lending in order to retain control of the assets, national resources, cheap labour and corporate monopoly that the colonial powers held before decolonization. The colonial powers replaced the shackles of slavery and state colonialism with the Debt Trap.” Others trace a much longer history for austerity, for example Mark Blyth in his book A dangerous idea, reviewed in Workers January/February 2015. But no doubt the IMF perfected it.

In the 1950s the IMF created Structural Adjustment Programmes granting emergency loans to African, Latin American and Asian countries, but only if they subscribed to restrictive conditions. These debtor nations had to sell off national industries and resources and remove capital controls on money flows as well as suppressing wages and restricting trade unions.

These measures led to enormous profits for external corporations and public health catastrophes in the developing world. Later on the same policies were rolled out in Europe and America, “Austerity is Structural Adjustment with a new name.”

Mendoza vividly sums up life today: “The real economy is being fed to the Zombie Economy – a night of the living dead economy that consumes value and defecates debt.” The main consideration of capitalism is the continued profitability of the biggest banks and corporations and not the socio-economic conditions of ordinary citizens.

Mendoza clearly echoes Marx in her equation for a real economy, “A good idea plus skill plus usefulness equals added value”. She then explains the cycle of the barren zombie economy “Debtor - Creditor - Investment Banks - Investors - Loan Payments”. This chain is skewed to making unproductive profits rather than adding value. The zombie economy moves people away from making money by producing things, towards making money from money. That’s a recipe for producing crises and financial collapse.

Each protection in law was won by workers, not gifted to workers.

The book explains in detail how this zombie economy devours and bulldozes our public services. There are chapters on various effects including the destruction of the NHS and the assault on social security through to outsourcing criminal justice and the war on civil liberties. A telling historical synopsis of health care compares achievements before and after the inception of the NHS.

After a lengthy and largely irrelevant digression the narrative returns to the main theme, outlining the rise of corporate fascism and registering the assaults on trade unionism. “Each protection in law was won by workers, not gifted to workers. They were not the trickle down benefits of capitalism. They were won from capitalism.”

However, the conclusion is a letdown. Mendoza offers nothing beyond vague calls for “an escape route” and tinkering with the existing system, which by her own admission caused the situation. Breaking up big banks, making bankers accountable in a court of law for their financial crisis, instituting a minimum wage and controlling the cost of living are suggested remedies; even together they would not make much of a difference.

This prescription offered hardly seems a sufficient response to the devastating effect of the zombie economy that the book accurately portrays. Even the suggestion of abandoning neoclassical economics won’t happen without major social rebellion.

Most surprising are the omissions: no mention of ending capitalism, the actual breeder of zombie economics; no mention of socialism, the begetter of an economy based on added value. Overall this is a useful contribution, whose message is clear - austerity is not a short-term disruption to balance the books; it is the controlled demolition of our way of life and must be overturned. We must build a world that works for us.