Why Britain needs HS2 – and needs it urgently 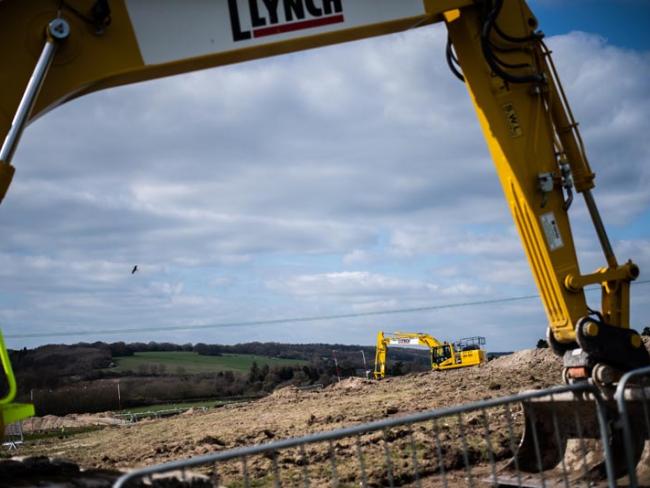 HS2 or High Speed 2, a new railway from London to Birmingham and then on to the north, has finally got the green signal from the Johnson government…

Why is there such controversy over the high-speed rail link between London and Birmingham, HS2 – especially when compared to past infrastructure projects, such as the Channel Tunnel and its associated new railway to London (HS1), and the many miles of motorway constructed over the last 60 odd years?

Of course the development is most unwelcome for those that live in the path of the new railway. No matter how badly needed a new infrastructure development is, few feel well disposed when faced with their home being demolished to make way for it.

It is also understandable that following a long period of cutbacks in public spending and the recession following the banking crisis of 2008, the enormous and growing cost of the project gives cause for concern.

But the plain fact is that HS2 will bring significant benefits to millions of people across the country. HS2 will serve 25 or more stations on 345 miles of new track connecting around 30 million people. That’s almost half the country’s population.

The rail unions ASLEF, RMT and TSSA all welcomed the news, demanding that the government goes further and commits to taking it all the way to Scotland. RMT however warned that decades of underinvestment in training and skills will need to be addressed quickly if HS2 and other rail infrastructure projects now being considered are to be successfully delivered.

TUC General Secretary Frances O’Grady said “HS2 is not only a vital upgrade to our transport network, it’s a chance to create thousands of high-quality jobs. But to fully deliver for workers, contractors must work closely with unions to create great jobs and ensure high safety standards.”

‘Upgrading a railway built in the mid-nineteenth century is far more expensive than building a new line.’

The CBI also welcomed the government’s confirmation of the project, pointing out the key truth that “once built, HS2 will bring much needed capacity to our railways”. They also observed that HS2 will help realise the government’s general election promise of an infrastructure revolution for the north of England and the Midlands.

The many opposing HS2 often refer to it as a “vanity project” which will do nothing for ordinary people and will just be a railway for the well-heeled to be whisked between Britain’s major cities. And sadly, successive governments and HS2 Ltd have done little to counter these arguments. But the reality is very different.

Britain’s railways have during this century seen a big turnaround in their popularity as more and more people have moved away from the congested road network and the growing expense of car ownership. For many more, rail is the preferred means of internal travel – to work, at work, and for leisure.

Rail passenger numbers had doubled in 20 years to 1.5 billion when HS2 got the original go-ahead in 2012-13 and another 15 per cent have since been squeezed on. Some argue this is due to privatisation, but with no evidence to support this assertion. More likely, this is despite privatisation.

In 2000, there were around 20 daily trains from London to Manchester – now there are nearly 50. The West Coast Main Line that they use has already had to be upgraded in the first decade of the century in order to cope. That involved 10 years of disruption, especially at weekends, and the costs were huge – around £10 billion at today’s prices – triple the budget! And it is again now full to bursting. Freight operators in particular bemoan the lack of paths on the West Coast Main Line for their freight trains.

During the upgrading of the West Coast route, it was observed that upgrading a railway built in the mid-nineteenth century (as most of Britain’s railways were) while keeping it open for traffic is actually far more expensive than building a new line – and a new line delivers far more capacity gain than upgrading an existing railway. It was around this time that plans were firmed up to grasp the nettle and take the opportunity to build a new railway.

Britain’s nineteenth-century railways – first in the world – were built, like the canals before them, to a size now considered small. Countries across the world took the opportunity to learn from the British experience when following Britain’s lead, and built railways that could take much bigger trains. In those days 90 mph was considered high-speed for the steam trains then in service.

The railways opened up mass travel, a modern and attractive alternative to the ancient, slow, narrow and winding road networks then in existence. Those roads were unable to cope with a massive growth in car ownership in Europe and the USA particularly after the Second World War, and most motorways began to be built at enormous expense to provide the much-needed additional road capacity.

At the same time, France, then other European countries, and then many others across the world such as Japan and China, also began to modernise their rail systems, building high-speed railways that could take trains travelling at nearly 200 mph.

Britain built a motorway network which it continues to supplement to this day. Yet few seem to complain about the costs of doing so – the recently opened Glasgow extension of the M74 cost around £140 million a mile to construct. And Britain continues to build around 300 miles of new road every year.

But successive British governments have been very much less enthusiastic about investment in new rail infrastructure. Almost no new railways were built in Britain throughout the twentieth century.

When the Channel Tunnel opened in 1994, France built a connecting high-speed line to allow trains to speed up to nearly 190 mph on coming out of the tunnel, all the way to Paris. Belgium opened its high-speed connection to Brussels a few years later.

Consequently trains had to slow down on emerging from the tunnel into Britain and use old commuter tracks at no more than 90 mph to get to London. It was 2007 before a high-speed line opened to London – HS1. And it remains Britain’s only high-speed line – for now.

Although the principal reason for building HS2 is to provide much needed additional capacity, HS2 is also a once-in-a-generation opportunity to build a railway line to 21st-century standards, able to use modern technology, capable of being upgraded further in the future.

It can allow much bigger trains both in cross section and in length. Such a new railway can move as many passengers as two three-lane motorways, and has the additional advantage of maintaining high-speed right into city centres.

The “classic” old-style railway is one where fast inter-city trains mix with local stopping trains and slower freight trains. This mix limits the number of trains that can run. Capacity will be dramatically increased on no fewer than three existing lines – the West Coast, the East Coast, and the Midland Main Line – by taking all their fast inter-city services away to HS2, allowing many more commuter and stopping trains to run, along with more freight trains.

And when the economic benefits that usually follow any transport infrastructure enhancement are delivered in this case, the South East along with the whole country can benefit. HS2 will support 30,000 construction jobs at its peak, plus around 2,000 apprenticeships. Around 3,000 jobs will be created to actually operate it. And many more jobs will be created or retained supplying and maintaining new trains, rails, and other rail equipment.

Towns on the route of HS1, the short high-speed line across Kent to the Channel Tunnel, have seen increased investment in businesses and homes. Just the promise of HS2 has resulted in clear signs of a rebalancing of Birmingham’s economy, such as a boom in construction and the relocation to the city of major firms such as HSBC.

It is easy to see why the costs of HS2 are such an issue. Recent uninformed and unquestioning media reports of total costs are verging on the ludicrous, with baseless figures of £106 billion gaining common currency. The real costs are more likely to be around £88 billion.

Costs are driven up by the British government’s insistence that the firms constructing the line bear the liability for any design risks and problems that arise for years after it opens. Since many of those firms will be long gone in 20 years’ time, they have to pay exorbitant insurance premiums to cover those liabilities adding around £30 billion to construction costs.

This method of procurement is unlikely to be repeated in Phase 2, not least because HS2 Ltd has been stripped of responsibility for delivering most of it – another company will be doing so. HS2 Ltd has also had responsibility for the lucrative redevelopment of London Euston station taken away from it. These decisions were perhaps inevitable given the poor and much criticised performance of HS2 Ltd in planning, advocating and delivering the new railway.

Those that say that £80-100 billion is better spent on other rail projects miss the crucial point that HS2 actually facilitates those other projects. HS3 (sometimes called Northern Powerhouse Rail) is a popular alternative for some newly elected northern Tory MPs. But they miss the point that HS3 is only possible (and viable) if HS2 gets built. And of course building HS3 instead of HS2 will do nothing to alleviate the capacity problems out of London going north.

Finally, there are those that advocate various mad-cap alternative and cheaper schemes. Except these don’t provide the extra capacity where it is needed, or would cost even more. Some seriously suggest another pair of tracks alongside the West Coast Main Line, ignoring the huge number of houses, schools, industrial premises – yes, and ancient woodlands – that would have to be destroyed to do so.

Some who welcome more people and goods travelling by train still oppose HS2 because they wrongly believe that the line will wipe out much of the country’s ancient woodland. It won’t – only around 0.01 per cent will be destroyed.

Andrew Haines, Network Rail CEO, said recently that to deliver a fraction of HS2’s extra capacity Network Rail would have to close part of one of the three main lines to the north every weekend for 30 years!

Railways played a crucial role in Britain becoming the world’s first industrial nation. They can again be crucial in dramatically improving Britain’s transport provision, benefitting all of the country’s people. The key question is not whether or not they should be built. The key question is this: In whose interests will HS2 be built and run?