Korea reacts to US war threats 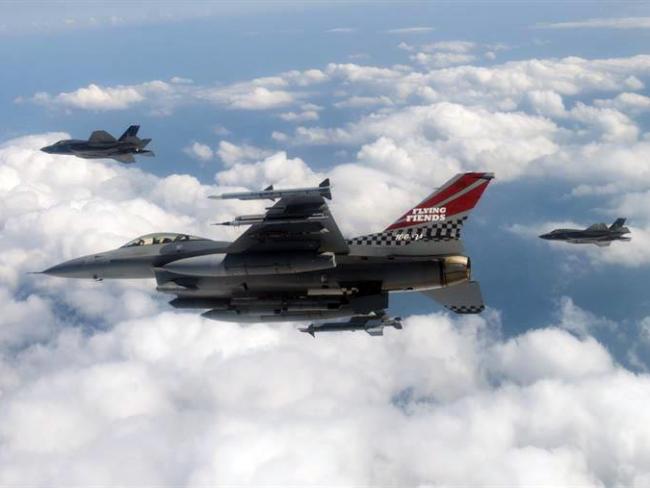 US stealth fighters and bombers flying over the Korean Peninsula in August 2017.

About a year ago, the Democratic Peoples’ Republic of Korean (North Korea) suddenly launched a big programme to improve the country’s ballistic missile capabilities and bring it closer to having a credible nuclear deterrent. Why?

In September 2016, South Korean military computers were hacked. The BBC revealed this autumn that among the 235 gigabytes of documents stolen were detailed US plans to assassinate the DPRK’s president, Kim Jong Un, and to launch an all-out war on the DPRK. The BBC’s main source was Rhee Cheol-Hee, a member of South Korea’s ruling party, and also a the Defence Committee of the South Korean National Assembly.

Not that the DPRK needed a hack to tell it this. In the face of US warmongering, its leaders had rationally concluded that a viable nuclear deterrent was the only way to guarantee their country’s safety.

The DPRK’s missile programmes are a rational defence strategy in the face of the threat Pyongyang faces from the US government. The exposure of the US war plan by America’s allies in South Korea is also a rational act of self-preservation for that country, since it too is threatened by the possibility of war on the Korean peninsula.

Everyone knows what happened to Iraq and Libya after those countries surrendered their unconventional weapons. As Dan Coats, the USA’s Director of National Intelligence, told the US Senate Armed Services Committee on 26 May 2017, the lesson people learned is, “if you have nuclear weapons, never give them up…If you don’t have ’em, get ’em.”

The DPRK has not forgotten the mass destruction that US-led forces inflicted on the DPRK in the first Korean War, when US-led air forces destroyed every city, town and industrial area and killed 20 per cent of the population.

The threat of war is real, and it is the US government that is endangering peace. On 19 September President Trump went to the United Nations and openly threatened to attack the DPRK (and Iran and Venezuela), even boasting about his illegal missile strike against Syria on 6 April.

Two years ago, China and the DPRK proposed that the DPRK freeze its nuclear and missile programmes and that in return for the USA halting its threatening military exercises on the DPRK’s borders (which include simulated nuclear bombing attacks by B-52 bombers). The Obama government promptly rejected this proposal. China and the DPRK recently made a similar proposal, and again the US government rejected this chance of peace.

No to war on Korea
US heightens tensions over Korea