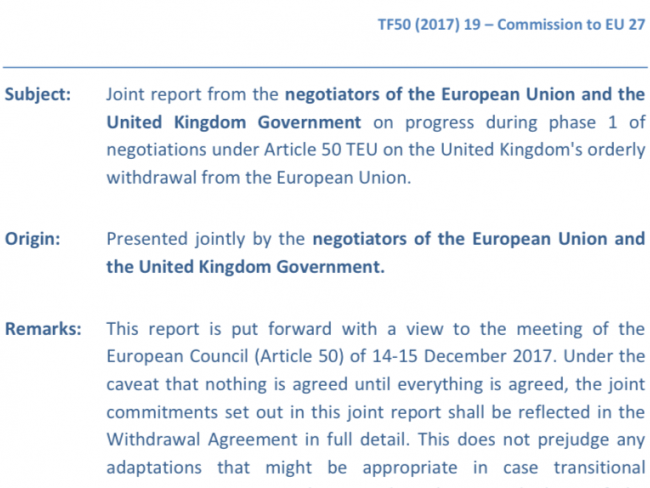 The joint report on Brexit to be presented to the European Council.

Nothing is agreed until everything is agreed, said Theresa May and European Commission president Jean-Claude Juncker after the end of the first stage of the Brexit negotiations. That form of words also appears in the joint report from the negotiators to be presented to the EU Council on Thursday 14 December.

What the people of Britain need is clarity, the kind of clarity that they showed in the referendum of June 2016. They voted to leave the European Union, and they expected that we would be out by June 2018 – then-prime minister David Cameron had vowed repeatedly that if the referendum went against him he would invoke Article 50 immediately.

‘What do those words mean? Not clarity, for sure.’