Skip to main content
Home » News/Views » Customs: something to declare

Customs: something to declare 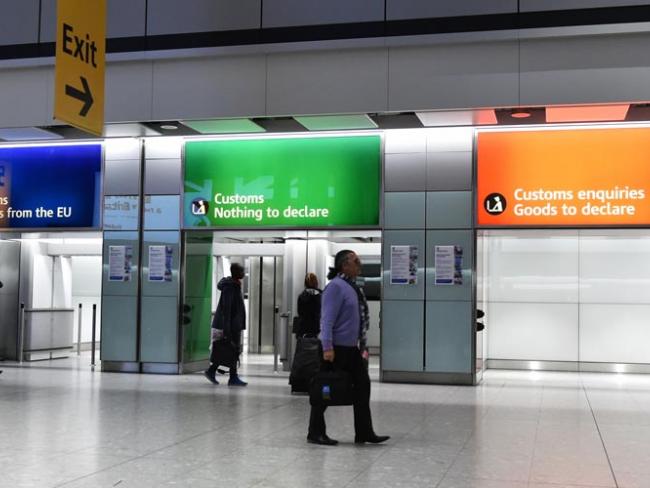 Yet again, an economic Armageddon is forecast to be the outcome of such a move. Leaving the customs union is branded as a “hard” Brexit, as if that were a problem in itself.

It’s worth remembering where the idea of a customs union originated: in Berlin, in the years after the defeat of Napoleon in 1815. They called it a “Zollverein” (German for a customs union, of course), and it united the German states into a single trading entity.

In 1867, the Zollverein was strengthened so that no individual state could veto changes in trade policy. In 1871 the individual German states formed one “superstate”, the German Reich.

If all this sounds familiar, it’s because it is. Germany’s customs union is  the EU’s model.

This model forces all EU states to maintain identical tariffs for imports from outside the bloc. It costs British consumers money because there are high tariffs on agricultural products that can be grown in southern Europe such as citrus fruits.

And all the money collected from tariffs by individual states goes into a common European pot, which costs Britain dear as it imports more from outside the EU than any other EU country.

The customs union covers much more than tariffs. It also means Brussels decides what food is safe to import, what children’s toys are safe, what pharmaceuticals can be imported, and so on.

On top of all this, the customs union means that Britain cannot, under any circumstances, negotiate its own trade deals with other countries. It can’t defend British interests at the World Trade Organization.

It can’t even decide on tariffs to be applied against, for example, steel being dumped on the British market by China. Only Brussels can do that.

If Britain stays in the customs union after leaving the EU, it won’t have any kind of a say about the rules . It will have to do what it is told. A vassal state, indeed.

‘Staying in the customs union means Britain would not be a sovereign country.’

So it’s as clear as day that staying in the customs union means Britain would not be a sovereign country. We wouldn’t be taking back control, we’d be leaving control in Brussels. A bit like swapping jail for house arrest.

That’s not what the country voted for in the referendum. And people like Chuka Umunna and Anna Soubry know this full well. An independent Britain can negotiate in its own interests, including with the EU. The cries for membership of the customs union are simply a back-door manoeuvre to stay in the EU.

Panic talk about a wall across Ireland is nonsense – as workers in the know point out, there’s no problem which can’t be solved with goodwill on both sides.