The dark hand of the EU 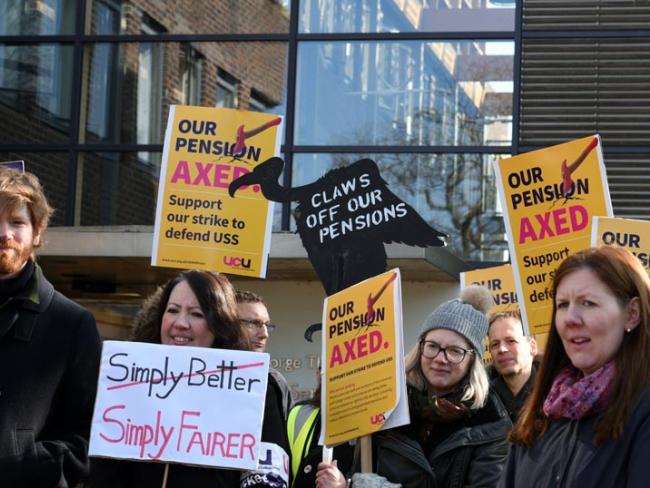 23 February 2018: Academics fighting to defend their pensions. Now they are having to fight again as the employers come back for more. Photo Ahit Wick/shutterstock.com

It insists that the universities, as employers, should bear the bulk of the increase in contributions required by the USS. It’s a simple message, and it has clearly been heard by members. The problem is, it’s only half the story.

The fact is that the increases aren’t necessary at all. They are only required because the UK Pensions Regulator, which takes its orders from the EU in the shape of the European Insurance and Occupational Pensions Authority (EIOPA), says so.

On any sensible calculation, there shouldn’t have to be an increase in contributions at all, as Workers explained a year ago in an article on last year’s UCU pensions victory headlined “Pensions: thanks to the EU, it’s not over yet”. That article also predicted that the USS would be back for more contributions from staff, which is precisely what has happened.

Workers understands that the UCU negotiators know all this perfectly well – but they have refused to inform members about it, arguing that it’s all “too complicated” to explain to them. It is complicated, but it’s not that hard, especially for an audience of university teachers.

What’s proving too difficult is for a Remain-backing union like the UCU to admit that the EU is at the root of the current impasse on university pensions. If it were talking straight, the UCU should be telling members that once Britain leaves the EU the pensions “deficit” straitjacket can be removed.