Skip to main content
Home » News/Views » If a job's worth doing... 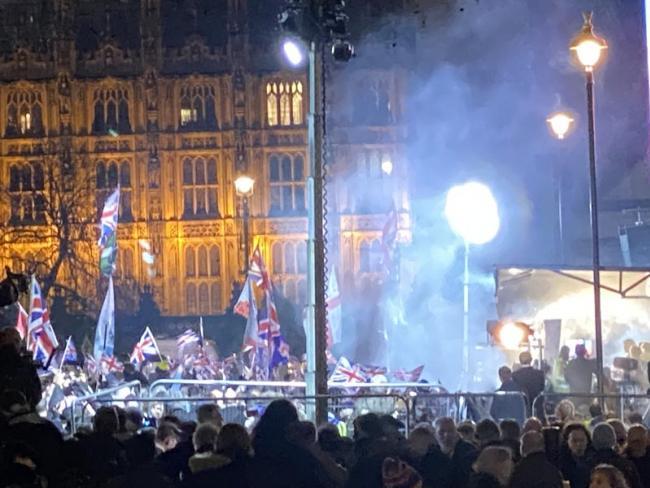 On 31 January those who fought for decades to leave the EU and those who have come to the fight more recently celebrated the length and breadth of Britain.

Formally leaving the EU is a historic landmark. Remember: as recently as the end of October a politics professor predicted in the Independent newspaper that Brexit would not happen and that “we’ll still be in the EU for some time to come at the rate we’re going now.” Many shared his view.

But the rate changed, decisively. The election came, and the country decided that it was about Brexit (despite all the claims of the Labour Party that it was about something else). In one mighty push, the great blockage to the Brexit process at Westminster and elsewhere was moved along. Moved along – but not fully out of the way.

The eleven-month transition period is fraught with risk and danger. The biggest risk of all is that the people decide the job is done when it is not fully complete.

Some organisations that have played a part in leaving the EU, such as the website Brexit Central, have disbanded – as have some local leavers groups.

Look rather to the position of Fishing for Leave, which is as active today as at any point in that industry’s long battle with the EU. It knows that when Boris Johnson’s government repeats Theresa May’s pledge that “we will take back control and be an independent coastal state”, that’s only half the story.

We take control by virtue of terminating our membership – but if during the transition period the government agrees with the EU to roll over current access and quotas, then Brexit is not done.

Look also at Lawyers for Britain, which says of the transition period, “…there is still legal work to be done, and Lawyers for Britain will not be declaring ‘job done’ until we are confident that we have actually secured the return to this country of independent democratic control over our laws, money, borders and international trade”.

The Withdrawal Agreement and its accompanying Political Declaration still pose threats to our sovereignty and independence. The hard work continues. We will continue to analyse these threats and publicise the actions of all those who are organising to defend British independence.

We are keen to hear from readers about the fight in their locality. The job must be done properly. We call for the people to recommit to the job at hand.

• This is a newer version of an article previously published as If a job's worth doing, it's worth doing well