Skip to main content
Home » News/Views » It's up to us 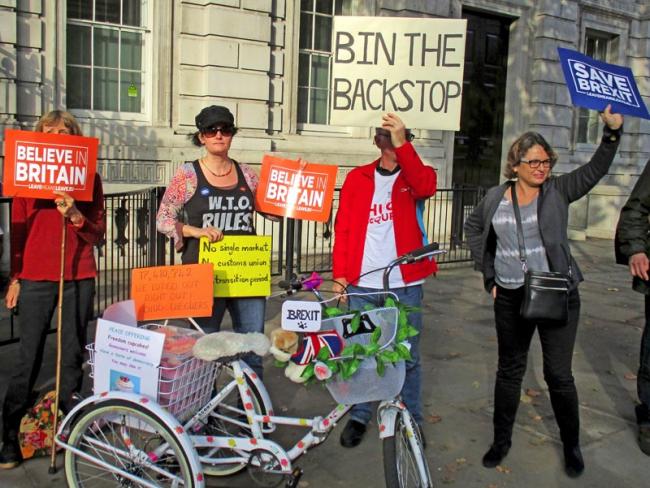 Britain is stirring. We the people voted to leave the EU, and the realisation is growing that we must do far more. By now it is clear to all that we cannot sit back and expect Westminster to do what it promised and implement the referendum result.

Many of the groups that campaigned in the June 2016 referendum have re-formed. And new organisations have been created, both local and national, drawing together people from across the political spectrum.

As we said at our most recent party congress, either we live in an independent Britain controlling our own future, or we become slaves to international capital.

Go along to any of the explosion of meetings on Brexit taking place around the country and you will see the beginning of this political understanding. It is revolutionary in its implications for Britain.

And yet it’s just a start. We must do more, much more. The opposition to Brexit – to Britain as a nation state – is currently fractured, but don’t expect that to last. They hold all the levers of traditional state power, they have majorities in the cabinet and in both houses of Parliament. The establishment does not want independence.

Most MPs are happy with their sinecure seats, sitting pretty while all the real decisions are taken in Brussels. How dare these MPs claim the “sovereignty” of parliament? Instead of representing us, they have handed their votes to the forces of globalisation. And they are stringing us along, saying one thing and doing another.

Some whose constituents voted to Leave say they will vote for Theresa May’s “Withdrawal Agreement” on the basis that they will be “delivering on the referendum”. That’s typical Westminster hypocrisy.

We must make them do as they pledged – do what we told them to do. We must spell out to MPs that they must vote down this con of a deal. They must be bombarded with letters and emails demanding they do their democratic duty.

So who rules? The people of Britain or Parliament?