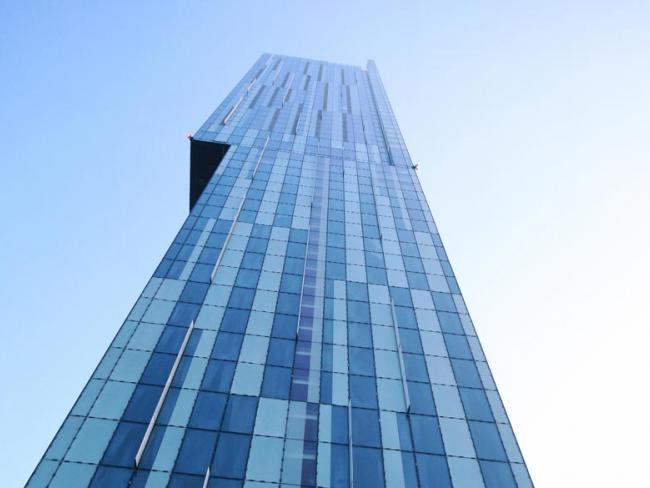 Beetham Tower, Manchester. A two-bedroom flat is on sale for £495,000. Photo Alastair Wallace/shutterstock.com

Manchester is now top of the table for growth in house prices, having increased by 8.8 per cent in the year ending February. Portsmouth came next at 8.1 per cent, followed by Bristol at 8 per cent, Glasgow at 7.7 per cent and Birmingham at 7.4 per cent.

A recent development in central Manchester, at Number One Cambridge Street, has 282 flats, and 93.9 per cent of them have been bought by overseas buyers, mostly from Asia and the Middle East. 18 nationalities are represented, and only two of the homes have British occupants.

Most of the foreign-owned flats are empty. This has happened despite the promise by CS Development to aim for owner-occupiers and renters as well as investors. They now simply say they cannot be sure who the end buyers will be. Well, that’s the free unregulated market in housing for you!