Skip to main content
Home » News/Views » Pile on the pressure!

Pile on the pressure! 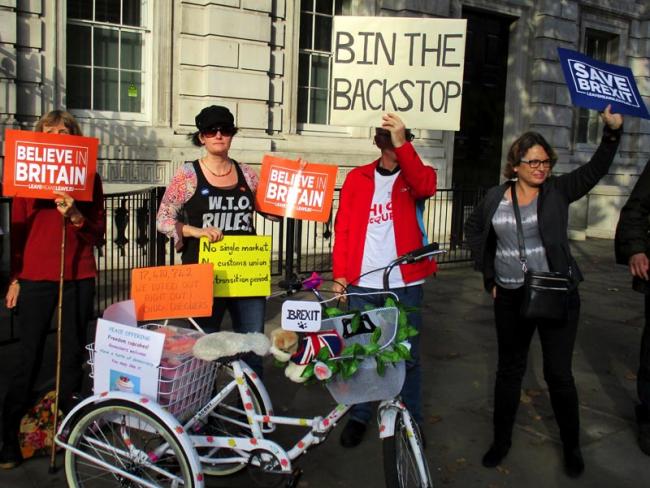 Those who voted for Brexit, as well as those who have come to believe in and respect it, do not have the luxury of sitting back and spectating events. They have to enter the public domain, influence the exchange and set the overwhelming mood. They have to exert much more pressure to defend the referendum result.

They will have to pressurise the Remain MPs so much that parliament dare not oppose the people. There is no other way. The people will have to make and enforce a clean Brexit.

Commentators like to fix and obsess on parliament, as if it holds more than the semblance and trappings of power. Leave campaigns will obviously have to target it too with agitation and demonstrations, but parliament shouldn’t be the sole preoccupation. In the weeks and months ahead Leave campaigns should not forget that the sovereign people live and work all around the country in places where they feel they are in their natural element. These must be turned into bastions of withdrawal from the EU.

Obviously all the Leave organisations must roar into life before 29 March. The clamour must be deafening.

Leavers are organising all over the country, are taking the Brexit message directly to their local communities in ingenious ways. Once it was Leavers of London; now it’s Leavers of everywhere – Leeds, Warrington, Glasgow. You name it and they’re springing and swinging into activity. All those towns and areas where sizeable majorities voted to leave, places like Plymouth and Sunderland, why don’t they go out and publicly transform their areas and neighbourhoods into Leave strongholds.

Take the demand to implement Brexit back to the people. It seems that Britain is not going to behave like Ireland or Greece, it is not going to cave in to the EU and go along with reversal plots.