We need a Cromwell now 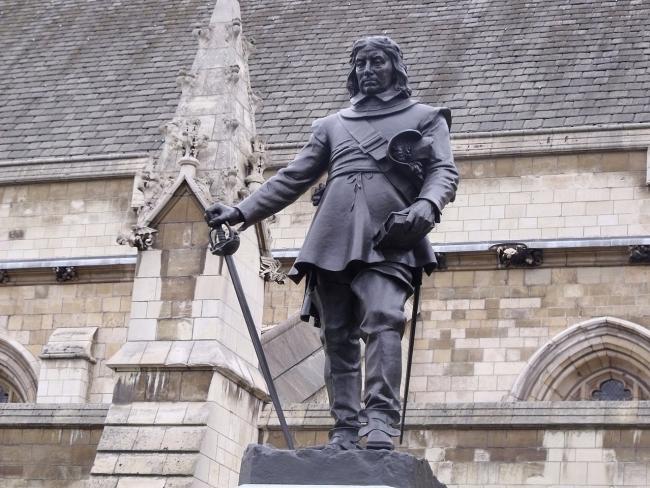 Cromwell's statue outside the Palace of Westminster. Photo Elliott Brown (CC BY 2.0).

There are few more nauseating sights in politics than that of ardent pro-Remain MPs standing up for their constitutional right to “scrutinise” Brexit-related legislation. For they are, virtually to a woman or man, the same MPs who spent years nodding through a flood of EU laws.

Such a torrent, indeed, that whole articles, books and doubtless PhD dissertations have been devoted to working out how many legal acts the European Union has produced to be incorporated into British law or British social and commercial practice.

Rough estimates suggest between 1,000 and 2,000 pieces of EU legislation each year for the past 25 years, and goodness knows how many before that. All of it has had to pass through the House of Commons European Scrutiny Committee – a task so overwhelming that around two-thirds of all proposed EU legislation is accepted with no further action or comment (according to the House of Commons Information Office, Factsheet L11).

Now consider that the Scrutiny Committee has just 16 MPs. You’d think in a parliament where around 70 per cent of the members voted Remain that they would be clamouring for a seat to scrutinise all this vital legislation. Actually, no. In the current committee, just 5 of the 16 are Remainers. That’s how much they care for parliamentary scrutiny.

All of which sets a little bit of context for the vote in parliament on Wednesday 13 December, when by 309 votes to 305 they hobbled the government’s ability to negotiate the way in which Britain will leave the European Union.

“Theresa May has resisted democratic accountability. Her refusal to listen means she will now have to accept parliament taking back control,” said erstwhile opponent of the EU Jeremy Corbyn. This from a parliament that has for decades ceded control to Brussels.

Meanwhile, in an act of the deepest political dishonesty, Remainers from all parties took to the airwaves to declare that the vote to Leave the EU was all about returning sovereignty to Westminster, and here’s an example of it.

Only the most cynical kind of politician could claim that the great referendum vote was about making Westminster sovereign. It was about bringing control back to Britain.

It was the people who voted to take back control. Yes, control in parliament, but only to the extent that the elected representatives of the people carry out the will of the people.

To be clear: electing representatives does not of itself make a system democratic. True democracy – the word means rule of the people – is a system of rule where the people’s preferences govern public policies. It requires elected bodies and elected officials to carry out the people’s will without imposing their own preferences.

‘Self-important MPs – and there are plenty of them – must be made to understand that any sovereignty that parliament holds is merely on loan from the people.’

It’s not the first time parliament has stood in the way of progress. In 1653 Oliver Cromwell famously told the so-called Rump Parliament to quit. “You have sat too long for any good you have been doing lately ... Depart, I say; and let us have done with you. In the name of God, go!” he told them. Soon after a sign appeared on the doors: “This House is to be let: now unfurnished.”

We need a Cromwell now.