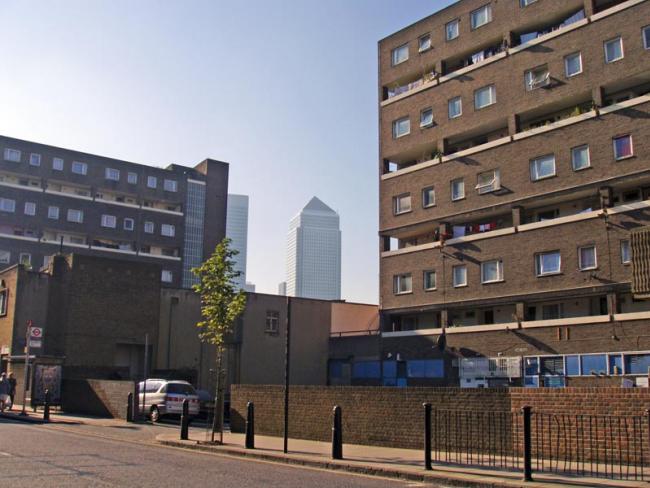 The phrase “housing crisis” is as much a daily media prod to the London commuter as the physical prod of a stuffed rucksack on a crowded tube train. Blink and it’s still there. But we’ve been stood immobile and blinking for far too long.

Political chewing over the state of housing provision for workers in London is regurgitated in the capital’s free newspapers, while their editors thoughtfully juxtapose the topic with property sections displaying expensive, glittering blocks of new-build flats well beyond the reach of too many Londoners.

Meanwhile the Bank of England expressed concern last month in its quarterly report about the amount of debt tied up in buy-to-let housing. Not that the Bank is worried about the soaring property prices or the viciously high rents forced on tenants – its concern is solely about “financial stability”. Presumably it is all right that people are being priced out of the property market and forced to pay extortionate rents to money-grubbing private landlords.

Housing has been at the centre of British politics for more than a century. Some councils took the initiative in the late 1800s while local authorities as a whole have been required by law to provide council housing since 1919. Clement Attlee’s postwar Labour government built more than a million homes, 80 per cent of which were council homes, to help replace those destroyed by Hitler.

‘By 1997, Labour was an enthusiastic proponent of Thatcher’s “right-to-buy” policy.’

Yet by the time Tony Blair came to power in 1997, Labour was an enthusiastic proponent of Thatcher’s “right-to-buy” policy, which prioritised getting people on to the home- ownership ladder at the expense of an adequate supply of rental provision. Blair and his chancellor, Gordon Brown, presided over a bubble in house prices while themselves staying inert as the availability of affordable rental accommodation diminished.

There was no mention in the Bank of England’s quarterly report of housing charity Shelter’s finding, announced three days earlier, that a third of Britain’s councils had not built a single home to replace stock lost to right-to-buy.

London urgently needs a strategy to solve its housing problems before it becomes an unattainable Elysium, existing primarily for the wealthy and for overseas investors who seek to deposit their wealth into a penthouse they will never visit.

Whether timely or, more likely belatedly, the Institute for Public Policy Research has set up a commission on affordable housing in London, its brief to facilitate the development of “a radical portfolio of solutions to the London housing crisis”.

But while the think-tank starts cranking up its thinking, a couple of London councils, Barking and Dagenham and Enfield, have already started “doing” by coming up with their own solutions to the demand for affordable rented housing: they have reinvented their role as a landlord.

Barking and Dagenham has bought a block of flats from a developer which it will rent out to private tenants at below market rate. Funding for the scheme, costing £45 million,  is through a credit facility secured from the European Investment Bank. Profits will be ploughed back into more housing, and the council aims to get 1,000 flats – to be managed through a company set up for the purpose – in its private rental scheme over the next three years.

The scheme is similar to one introduced by north London council Enfield a year ago, where the council set up a company to fund the building of new homes for private rental. Like the Barking scheme, the intermediary of a company means, apparently, that right-to-buy legislation will not apply – so that when existing tenants move out, the properties are released for others on the council’s housing list.

The Barking initiative has drawn praise from several quarters, not least from the Tory housing spokesman on the Greater London Assembly. The council has urged others to follow suit.

But a strategic housing policy is needed both across the capital – and beyond – as a long-term vision rather than a crisis response. Successive governments have failed to do this.

Decent, affordable housing is central to both our wellbeing as workers today and to our social and economic prospects in the future.

We should not tolerate housing, a fundamental pillar of social cohesion and economic activity, being dependent on the whims of the market or the need to take the begging bowl to European financial institutions.