Skip to main content
Home » News/Views » The atomisation of England

The atomisation of England 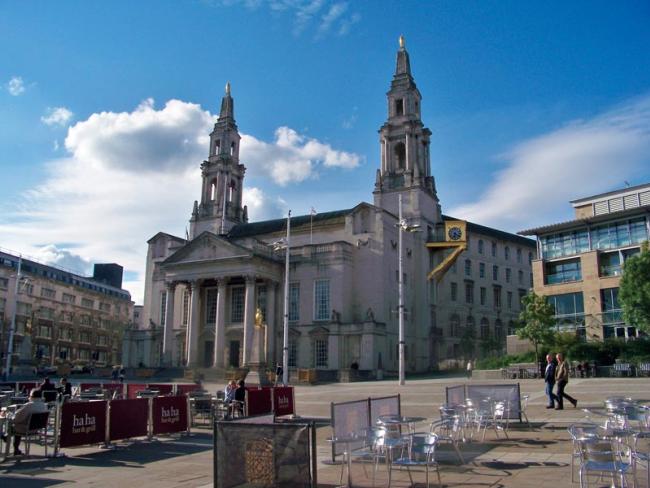 The drive to local devolution, city-state politics, mini-region politics, mutualism, municipalism, carpet-bagging, asset stripping and associated opportunities for privatisation and corruption is well under way. In an earlier issue of Workers we called for a national plan to unify and modernise services run by English local authorities. Workers need a country where we can pull together to fight for our common needs – more unity not less, more clarity about how to win together.

In November 2014 a secret agreement between Manchester politicians and the Treasury called “DevoManc” was published, a charter for massive public sector privatisation covering local government, health, transport, housing, policing etc. Effectively the shreds of the savagely cut local authority budgets were being handed over for local politicians and private business to oversee and manage further decline in Manchester.

Clearly this is a blueprint to be rolled out throughout the country. The cities' continued decline would be wrapped up in fantastic visions of job creation largely centred on the housing market. Local politicians, mostly unelected or unaccountable, would decide what is good for everyone else. It goes hand in hand with chancellor Osborne's scheme to concentrate power in the hands of mayors in many cities.

“Combined authorities”, such as Greater Sheffield, are made up of the heads of adjoining councils, but they are not democratically accountable. Even the new mayors of Manchester and Sheffield will not be answerable to an elected assembly, as the mayor of London is, but only to their cabinet, composed of the other council leaders.

In the most crude and pie-eyed fashion, some local and regional politicians believe this will allow them to create islands of municipal socialism free of central government's control, escaping the savagery of its cuts and austerity agenda. They seem to imagine that they can sit out the next five years with the hatches battened down ready to emerge and flourish once the Tory government has gone.

What stupidity! Or perhaps, what cynicism. Many just can’t wait to get their sticky fingers on the money, however little it may be.

Osborne has been promoting devolution and disintegration in all his speeches about making the Northern Powerhouse cities project a reality, hence DevoManc. Seeing a great political weakness, he has achieved a sleight of hand – enlisting local and regional politicians to implement the government blueprint while deluding themselves that they are really pursuing their own political agenda.

‘The electorate has not been consulted. Last time we were, the idea was defeated.’

The Labour Party historically has been and still is a principal source of devolution mania. This year it was all over their election manifesto. Now Osborne has stolen their clothes and leads willing fools in the cities and regions to implement a programme for the disintegration of the country into warring factions. No more pulling together, only pulling apart.

Is this what workers want? The electorate has not been consulted. Last time we were, on the question of regional assemblies, the idea was defeated. To avoid this, decisions are now being made behind the scenes.

The cancer has rapidly spread. In London the Greater London Authority, London Councils, NHS England (London), and the Mayor of London have now published the London proposition to get Treasury agreement for London devolution. They conspire to create Boris Johnson’s “world class city”, which severs its umbilical cord to the rest of the Britain and floats off like Monty Python into the sunset.

In addition there are proposals covering 26 key mid-sized cities – 7.9 million people and a budget of £163 billion. Combining their services would save the central Treasury £12.5 billion over the life of this Parliament.

All these bids are wrapped up in the twisted language of “asks”. They are asking the Treasury to devolve the budgets and related financial powers to them so that they can, as they put it, regenerate, re-create themselves. In reality it looks like geographical chaos and fighting in blind alleys for a bigger share of a smaller pot.

Health devolution in London will see groupings of services and ever-greater division between the 32 boroughs. This will bring disunity rather than city-wide integration, and loss of centres of excellence and skill as every borough fights for its share. It is a classic case of divide and rule.

All the talk of regeneration draws on the fantasies of Michael Heseltine, Thatcher’s minister for regeneration in the 1980s. There can be no regeneration without the re-creation of industry and manufacturing in a planned and systematic fashion across the whole of Britain.

This is the crucial factor consistently missing from all politicians’ visions, delusions, and proposals. Industry is the ghost at the banquet of devolution. Sheffield City Region proposes to create 70,000 jobs and 6,000 new businesses by 2025, but behind some brave talk, it really only plans to tout for employers and promise them improvements in training and transport.

Hampshire and the Isle of Wight says it will build 76,000 homes by 2026. Speculative developers will be given access to the land they want to build on, and in return will provide a percentage of “affordable” homes. A beautiful part of the country is to be paved over, perhaps for foreign investors.

All the “asks” reinforce the big society, localism and parish pump diversion and splinterist politics spouted by government and opposition during the Coalition years. Devolution will allow the local authorities to sink as they manage their own decline. It will centralise critical political decision-making processes in central government – fiscal policy, defence, civil liberties and so on.

While pretending to roll back the existence of the state, the government will concentrate real power at the centre by sowing division. Devolution is all about divide and rule as every city state and mini-region competes to try and grab a share of the wealth and resources of Britain. How long before a federated England, a regionalised England, becomes an England that is no longer England?

And behind the scenes looms the shadow of the European Union with its strategy of breaking up and fragmenting nation states. What an incredible experiment Britain is providing for Brussels.