Skip to main content
Home » News/Views » The battle for the arts: people versus profit

The battle for the arts: people versus profit 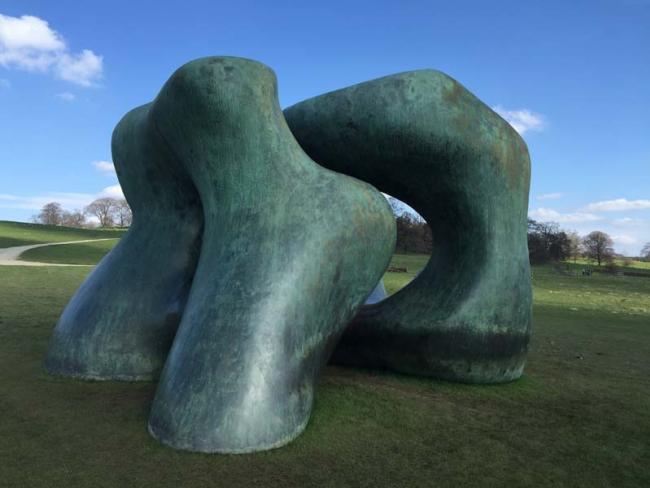 Henry Moore at the Yorkshire Sculpture Park – the park’s collection was based on works commissioned by the Arts Council and London County Council, the product of the postwar belief in the concept of arts for all. . Photo Workers

What is art? Is it just a mechanism to create profit for capital, or is it something else, a universal human need? And if so, how do we go about securing it?

Should the arts be expected to create capital, and capital expected to fund the arts? Or are the arts an essential human function that ultimately cannot be controlled by capital? They are far older – at least 30,000 years older– and they have flourished in different economic systems without capital, including socialism.

For capitalism the answer is straightforward. Everyone and everything has to support the creation of capital – for profit, naturally. Indeed, the arts are now even called “Cultural and Creative Industries”. But for those who earn their living as artists under capitalism, the question presents an irreconcilable contradiction.

This can be seen no more clearly than in the recently published Warwick Commission’s report, Enriching Britain: Culture, Creativity and Growth.

The report is intended as a blueprint for “how Britain can secure greater value from its cultural and creative assets” and its five goals provide further clarity on the deepness of the mire: investment; greater “diversity”; better education and skills training; access to digital technology; building community identity at local and regional level.

Membership of the commission consisted of leading business figures and academics as much as advisers from the world of the arts, so its muddled title is no surprise.

At the heart of the report is a spectacular refusal to recognise the contradiction. It contains a social-democratic, idealist and egalitarian call for capitalist funders (government, corporations, philanthropists) and working class producers (the “creative and cultural industries”) to unite to “guarantee equal access” to a rich cultural education in order to live a creative life as a “universal human right”.

‘For capitalism everone and everything has to support its own profit’

The context is repeatedly described in imperialist terms as one of global competition – “carving out Britain’s global status in the world” – and impoverishment for the foreseeable future: “The UK is in a period of embedded austerity....this trajectory will continue....” The limits on expectations are established at the outset.

In a vain effort to circumvent the art/profit contradiction the Report does what so many reports coming out of universities do these days: it concocts an academic model which does more to confound than explain. In this case we have the curious metaphor of an “ecosystem” of nine interlocking sectors of creative talent: architecture; advertising; crafts; design (including graphics and fashion); film, TV, video, radio and photography; IT services; publishing; museums, galleries and libraries; and the performing and visual arts.

According to figures from the Department for Culture, Media and Sport, the workforce of 1.7 million inside this bubble is growing four times faster than the British workforce as a whole, contributing £77 billion of “value added” [see Workers, March/April issue for meaning of this term]. But, it says, more investment, participation, education and access to digital technology is needed to maximise “value”.

It makes no explicit mention of manufacturing, that is, wealth creation. In the report Tory Minister for Intellectual Property Baroness Neville Rolfe gives some telling statistics: Britain now invests more per annum in ideas and brands (£126 billion) than in factories or machinery (£88 billion). Half of this investment – 4.3 per cent of GDP – is for protected intellectual property rights.

Yet the report describes the creative industries as “one of the mainsprings of the British economy [whose] future sustainability and growth need to become a priority for the nation”.

A new organisation, the Creative Industries Federation, has been founded to lobby for the sector, which also includes “heritage”.

The timing of the report, coming just before a general election, is significant. Together with the BBC’s year-long Get Creative celebration of British arts, it is guidance to a future government, and much of it has already been adopted as Labour policy.

Here we see further evidence of the arts/profit contradiction. Britain needs a national plan for the arts, but this must be part of a planned, balanced economy, not a substitute for manufacturing and production of goods. Indeed, the latter are the foundation for arts creation.

Warwick talks about Britain’s “historical advantage in key industries eroded by international competitors”; but it is at this point of inter-connection with traditional as well as new industries that investment is needed and significant value will be created, but by industry for art. In reality the sustainability of the arts depends on the wider industrial economy, fuelled by production and trade in the things which people need and find useful.

As a working class, we would want Britain to be the best it can be in offering its creative riches to the world, but the metrics of capitalist competition are a dead hand on creative life. It is this resolution to the irreconcilable contradiction which, unsurprisingly given its composition, the Commission cannot touch.

It should be demanding the return of a unified British body for the arts. When the Arts Council of Great Britain was attacked as elitist and broken up in 1994 into its various branches for the distribution of Lottery money, it provided the framework for the fragmentation of culture and funding into competing regions (England, Scotland, Wales and Northern Ireland).

The arts were consigned to corporate sponsorship – it was the beginning of a devolutionary process which continues to this day, and is epitomised by Warwick’s recommendations on community identity. It also suited the EU’s regionalisation programme.

In the decades during and since Thatcher’s term of office the arts have struggled to survive. Jeremy Hunt cut the Arts Council budget by over 30 per cent. Between 2010 and 2015 local government has lost 40 per cent of its arts budget. Direct spending on the arts, heritage, museums and libraries is a mere 0.3 per cent of total spending. This under “a government that knows the price of everything and the value of nothing”, as one trade union contributor to the BBC’s Arts Question Time put it.

As grant-aid has been reduced in real terms, the arts have again become dependent on philanthropy and corporate giving.

The politics of “austerity” flowing from the failed eurozone are distorting the meaning of investment, taking enterprise out of the hands of artists, robbing them of their self-sufficiency, and allying their interests with a plethora of new business-school models propped up by public funds, such as “social enterprise financing”, “investment portfolios”, “peer to peer investment”, “equity crowd funding”, “impact-focused debt-funding”.

The only solution the commission can come up with is redistribution, not a proper investment plan for the future. Trade unionists representing workers in theatre, film, dance, music, libraries, museums and galleries were not invited to contribute to the report, and apart from the NUT have been largely silent in response. They did however mount their own conference on the future of the arts on 14 March and campaigned around the country under the banner “Show Culture Some Love”.

Redistribution has been seized on as policy by Labour, ever looking for the easy way out. With the Local Government Association, Labour has drawn up an eight-point plan for such things as use of empty shops, sharing back-office facilities, and leasing market stalls at peppercorn rents, but nothing substantial, and only “for consideration” – in power, easily forgotten.

In his film about the National Gallery, Fred Wiseman, in his non-judgmental way, reveals the dumbing down that can take place when mere publicists and accountants drive board decisions. Knowledgeable and enthusiastic gallery staff there, already on minimum wages, are being replaced by even cheaper private security personnel with no cultural background.

Across Britain workers in the creative sector, from cinemas to museums and monuments, are fighting to be valued. Many cannot afford to live on their meagre pay. Wardens at Windsor Castle are the latest to join the struggle to have their hours of labour recognised.

In the past three years 71 per cent of artists received no fee for exhibiting in publicly funded galleries (“Paying Artists Campaign”).

Taxpayer money for investment goes to investment firms rather than directly to the artist. Not only are these replicated layers of funding inefficient, it is a kind of theft. The Labour Party and TUC are complicit, because they believe in the EU’s austerity measures and cap on borrowing and have no alternative economic plan.

Despite this gloomy picture, there have been some noteworthy successes: 27,000 new British jobs in film, TV, radio and photography were created during 2011-2013. This has an impact on the broader economy through such activities as transport, location hire, accommodation and catering.

But with the UK Film Council now
disbanded, the British Film Institute on its own is no longer able to focus exclusively on its cultural obligations, but is encumbered with commercial trivia such as PPI, Lottery grants and tax incentives.

The Warwick report calls for more of this sort of private short-term financial tinkering for TV, video games and software development, theatres and orchestras. It comes out against government grants and subsidies – state support which not only demonstrates human value but is more efficient in the long term.

The reason is not openly stated, but it must be at least in part because EU law forbids state subsidy, and virtually none of the parties has the guts to face a run-in with the EU over its arts policy.

In his book Cultural Capital Robert Hewison writes: “Without a firm commitment to culture as a common good, the public realm will continue to be divided and fragmented by privatising interests that work on the principle of competition, not cooperation.”

It is tempting to imagine that in the not too distant future the people of Britain might vote to leave the EU. Liberation from those shackles would enable British workers to start to construct the sort of cooperative, productive and creative society that capitalism cannot provide. In accepting the limitations of bourgeois economics today we snuff out our vision for tomorrow.

There is a working class alternative – resist at every turn, conspire, plan to rebuild, impose our demands for a more civilised and creative Britain where people not profit come first. Take back the arts.

companion article: Arts education for all, too