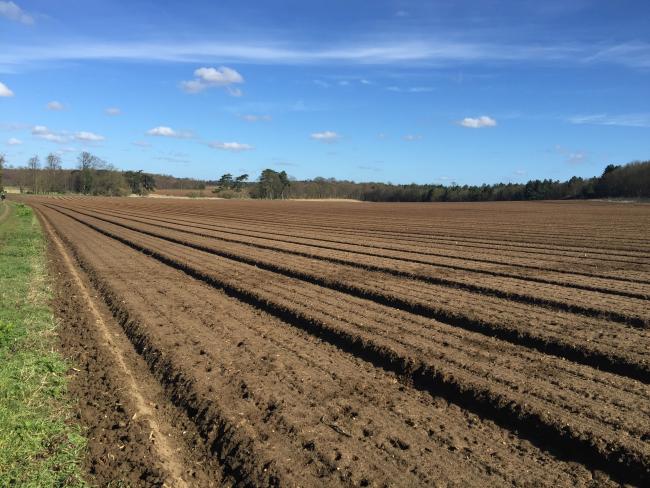 A policy said to increase biodiversity creates risks for our food security. It sounds good but is not really about protecting the environment. By putting a market value on nature, it will take land out of production. This process must be halted.

Biodiversity Net Gain sounds good. But there are significant catches, which will have an impact on farmland and food production. There is a growing community movement determined to say what they believe are the planning priorities for Britain, including food production.

The Community Planning Alliance (CPA) is part of that movement. It has recognised the threat and seeks to protect land for domestic food production, and is calling for an emergency food strategy for the UK.

The CPA demand is that good farmland must be kept for food production. Its message is “Farmland for food: not for solar, not for roads, not for biofuels, not for industry, not for offsetting and not for housing.”

Most people would agree that something should be done to reverse the current decline in biodiversity in Britain. The Environment Act 2021 requires developers to measure biodiversity on a site before beginning development and to show on completion that they have provided a 10 per cent increase in biodiversity.

The process of demonstrating Biodiversity Net Gain (BNG) relies on the Biodiversity Metric, a habitat-based approach to determining a proxy biodiversity value developed by government advisor Natural England. This places a financial value on the many benefits that nature gives us for free, from breathtaking views to functions such as the way trees and soils absorb climate-changing carbon or how pollinators put food on our plates.

‘This places a value on the benefits that nature gives us for free,’

Once the metric has been applied and the “biodiversity units” calculated, the developer of the housing estate – in London or Leeds for example – is allowed to provide the biodiversity increase on site or off site.

Cramming more housing units onto expensive city land generates more profit. Unsurprisingly the developer will often choose to purchase BNG “units” elsewhere. That can have an adverse effect in the area – reduced green space for people living in these new developments and degradation of the urban environment. But the main impact on land lies elsewhere.

The impact on farmland has already begun. We’re now at the start of a transitional period of up to two years to consult on and implement secondary legislation. This will set out how developers will have to consider biodiversity net gain principles for any upcoming projects.

Yet there are already private organisations such as Environment Bank encouraging farmers to lease them land from 10 up to 500 hectares at a time. They claim to be looking at “less or unproductive land”, but there’s no obligation on them to do so. In the terminology of these opportunist intermediaries, farmers become “offset providers”.

There is to be a national register for net gain delivery sites (in England). According to Environment Bank it already has access to land in every local planning area. The register is supposed to play a key role in preventing businesses “gaming” the BNG system. The risk is that the same parcel of land is claimed to deliver BNG for multiple developments.

Planning lawyers already have a term for the practice of selling the same credits to multiple buyers – called “stacking” – and no doubt they anticipate plenty of work. On the other hand it’s certain that local authorities will have few resources for monitoring these processes. And even when the vigilant public identify an irregularity, there won’t be resources for effective enforcement action.

An academic study was published last September on the way local authorities in England have coped with previous voluntary and pilot biodiversity policies. It reported that around half of them think it’s practical to deliver biodiversity measures, although the total amount of land in pilot biodiversity offset schemes was minuscule – less than 2,000 hectares.

Many of the councils referred to a lack of resources and experience and a described wide variety of approaches and practices that fall well short of what the 2021 act is likely to need.

The CPA was set up last year to support local planning campaigns, with over 500 groups signed up. And now they are actively seeking allies in the fight to use land for food production. As well as the development threat, they have drawn attention to solar farms and biofuels, both of which take land out of production for environmental reasons

The National Farmers Union has also said that net gain policy must be balanced with the use of land for food production, as that is a limited resource. It’s not yet clear how it thinks the balance can be achieved. But with an eye on increased farm incomes, at least in the short term, the NFU are focused on farmers (including tenants) getting fair payments under the scheme.

In Britain the government ran a few limited pilots from 2011 onwards. The results reviewed in 2016 were inconclusive or negative, but that doesn’t seem to have influenced the government’s desire to go ahead in England.

The devolved administration in Scotland is going ahead with a similar scheme. Wales is working on the same lines, but their version does not seem to involve any quantified measurement of the claimed gain.

But BNG is not confined to Britain, and it is not a new idea. “Natural capital accounting” is presented as being about protecting nature, but it is all about turning it into a tradeable commodity. It was promoted by the United Nations, and enthusiastically adopted by the EU.

Experience with such schemes in Australia and other places has not demonstrated that these monetised polices work to improve the environment – or that they can avoid the consequences of commercialising nature.

A 2014 Australian Senate enquiry was told that over a 10-year period there were no studies showing a net gain in biodiversity; if anything the opposite was true. The BNG policy in practice turned out to be far removed from the stated aims.

The challenge for Britain is to hold this policy up to scrutiny, starting with the demands on food production that the CPA has put so well.

Energy for the future – maybe
Greenwashing in Wales
What is farmland for?
COP26 – politics and hypocrisy
Rolls-Royce: steps to net zero