Bouncing back: the return of British fruit [print version] 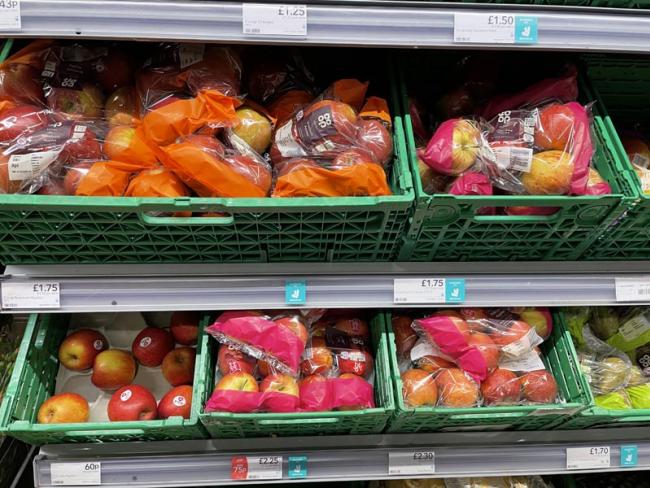 The Covid-19 pandemic has seen increased discussion of home food production. Encouragingly, some British food growers are thinking positively along the same lines…

The Covid-19 pandemic has seen increased discussion of home food production and less reliance on food imports (along with many other products). Encouragingly, British food growers are thinking positively along the same lines.

British Apples & Pears, the trade association which supports its British grower members and promotes British grown apples and pears to the public, wants to see 60 per cent of all apples on UK supermarket shelves British by 2030. At the moment it’s less than half – 42 per cent.

It’s an ambitious target for an industry that was in almost terminal decline and which has been fighting its way back since the late 1980s. Back then it was impossible to find a British apple in most supermarkets.

The rot started when Britain joined the European Economic Community (EEC) in 1973. Home varieties were undercut by French Golden Delicious and Granny Smith which received aggressive marketing support, tipping the industry into decline.

As the EEC became the EU it brought in regulations which further undermined the British fruit industry as the traditional British apple varieties did not easily conform to the standards. Since the 1970s 60 per cent of our apple orchards have been grubbed up, often with EU grants that forbade replanting within 15 years.

Kent, the Garden of England, lost 85 per cent of its apple orchards. Hereford fared even worse, losing 90 per cent. Half of Britain’s pear orchards have been ploughed up. And yet the industry is clawing its way back.

There are two aspects of this fightback. Firstly, a solid conviction among growers that the British climate produces some of the best-tasting apples in the world. And secondly, the growers have applied scientific knowledge and organisation to develop and promote their product.

Talk about increasing self-reliance in food production can lead to comments such as, “Oh, so you want to grow bananas and melons.” No, we just want to stop importing inferior versions of what we grow best in Britain. And apples would be at the top of that list.

The fact is that apples are ideally suited for Britain. They fare well in the British climate from north to south, with sufficient heat and coolness to produce a range of very tasty apples.

Britain is also home to one of the finest cooking apples in the world – the Bramley Seedling.  It was the Bramley growers who took the lead after the EU-induced decline, establishing the Bramley Campaign in 1989 and running successful consumer campaigns funded by a voluntary subscription from growers and fans. A year later the trade association English Apples and Pears was founded, and this then became British Apples and Pears.

We now consume around 122,000 tonnes of British-grown apples a year. Home demand is so strong we only export 3 per cent of our crop. But we still have to import more than half of the apples we consume – hence the importance of the target to increase home production.

The growers loved the old varieties of apples, but they knew they could not rely on history. They didn’t want the apple industry to become a museum piece, and they knew that the supermarkets that control 85 per cent of food sales in Britain would not accept the old varieties.

So they decided to grow cultivars originally raised in New Zealand – for example Jazz, Braeburn, Gala and Pink Lady – and grow them in Britain. Since then, they have increased the range and you will find varieties such as Envy, Sweetie, Evelina, Red Prince and Magic Star (also known as Kentish Kiss, when retailed in Tesco!).

These varieties have been carefully selected for their ability to produce high volumes and their excellent storage properties which allow the growers to offer British apples on a year-round basis. Already, British apple sales have grown by 40 per cent in volume since 2009 thanks to this varietal shift.

The growers are now demanding more government support for research funding to develop all aspects of the fruit industry and to train a new generation of growers.

Abattoirs under attack
A reservoir of fruit genetics [print version]
Poverty and riches - the sad tale of Britain's food
Food - we need a long-term plan
We are Cuba!