Skip to main content
Home » News/Views » Budget 2021: what it means for workers

Budget 2021: what it means for workers 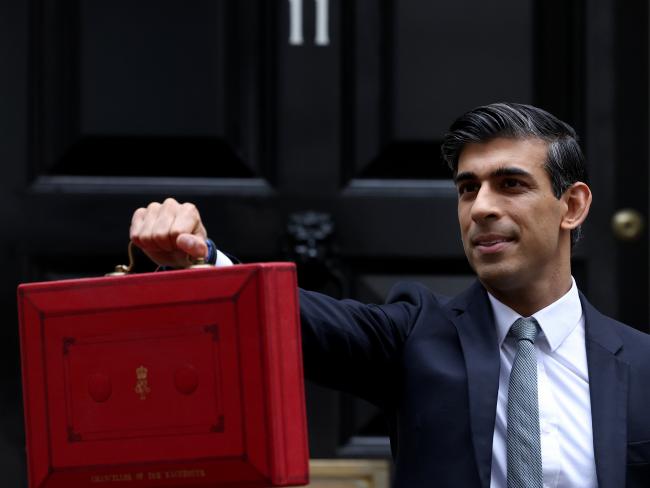 Chancellor of the Exchequer Rishi Sunak announced the government’s Budget and Spending Review on 27 October. The state is spending on recovery from the pandemic – as it must. But there are many choices yet to be made that will affect the future of the country.

Sunak also claims to be investing for the future, but analysis of his plans show there is little new – and what he proposes suffers from the same flaws as other fine-sounding ideas from this government and its predecessors. Economic progress relies on growth, and as ever the workers of Britain must pay for it directly or indirectly.

Government borrowing is at a level not seen outside wartime – this year it’s over £300 billion or 17 per cent of gross domestic product (GDP) and is forecast to be 10.3 per cent next year. Despite the long list of spending commitments, Sunak proposes to cut borrowing sharply for the following four years, at just under 3 per cent of GDP.

The overall level of government debt is around 95 per cent of GDP – a level not seen since the 1960s when Britain was still paying off the accumulated debt of the 1930s depression and World War Two.

‘Everyone asks how this will be paid for.’

Everyone asks how this will be paid for. The government finances its debt by selling bonds to the financial markets. This is not like personal or business debt – it is never fully repaid, but rolled over to a new tranche of debt.

The government must pay interest – around £52 billion in 2020-21 (equivalent to about 2 per cent of GDP, less than half the levels seen until the mid-1980s). Interest rates are at historically low levels, but the government’s finances are vulnerable to rate rises – a 1 per cent increase would cost an extra £25 billion every year.

Public finances are still overshadowed by the financial crisis of 2007-2008. To help pay for this, the government and Bank of England adopted quantitative easing, or QE, as did USA, Japan and the Eurozone. This financial engineering keeps inflation low, but at the expense of devaluing the currency and creating future risks – higher inflation eventually – and undermining the value of savings and pensions.

The global financial institutions that enable QE do not in the end pay the cost. As with paying for the pandemic, that cost rests on the people of each country. Taxes will rise, and there are signs that prices are increasing sharply.

The Office for Budget Responsibility, nominally independent of government, is charged with reporting on public finances. Its latest outlook suggests that the economy is “rebounding”, but at the same time forecasts that the effect of the pandemic will reduce GDP by £100 billion in 2025.

As all chancellors do – whether Labour or Conservative – Sunak looks ultimately to the “free” market to provide sustained growth, something that capitalism has always failed to do with cycles of boom and bust. What is certain is that none of the commentators and think tanks has an answer – they all start from the point of view that capitalism is here to stay and there is no alternative.

Some, like the Institute for Public Policy Research and the New Economics Foundation, argue that more public spending is needed, but do not analyse the past failures and limitations of that approach.

Others, like the Adam Smith Institute and the Institute of Economic Affairs, are against state expenditure, still locked into Thatcher-era economics. Their view is that Thatcherism did not go far enough.

‘Using pandemic and climate concerns to drive through their agenda for capitalism.’

There’s more. The G20 meeting in Rome a few days after the Budget and the COP26 climate conference this week in Glasgow give the global context for the government’s policy. They both set out on a transformation of the economy of the world’s nations – using the twin banners of the pandemic and climate concerns to drive through their transnational agenda for the future of capitalism.

Such ideas are worked out by private, unaccountable organisations like the World Economic Forum (known as “Davos”, after the Swiss town where it is based and holds meetings). It is dedicated to reforming capitalism and advocates “The Great Reset” in response to the current crisis (and the ongoing effects of the last one).

In short, the WEF calls for greater global cooperation instead of nations pursuing their own interests. It takes valid concerns and promotes them as existential crises – “the last chance for humanity” and so on. That leads directly to the concept of “net zero” and an acceptance of a reduction in productive capacity – ie destruction of industry – as a necessary, but unfortunate consequence.

The UK government is committed to this global agenda – Global Britain – through free trade agreements, continued free movement of labour, freeports and so on.

What of the response by British workers and trade unions?

Civil servants suspect the end to their pay freeze is not all it’s made out to be. Unison, representing many local government and health workers, thinks that the funding raised by the new health and social care levy won’t be enough to deal with the needs of that sector.

The RMT, representing ship crews, questions the effect of the Tonnage Tax. And organisations such as the Campaign for Better Transport doubt the government funding will achieve the promised results.

The general secretary of Unite the Union, Sharon Graham, called it “a Budget of smoke and mirrors”. She pointed to the effects of price and tax rises and raised the necessity of fighting for pay increases. As was always the case, wage claims follow inflation and are not the cause of it – an argument we are bound to see often over the next period.

These responses are pragmatic and cautious – not believing the promises and well aware of the immediate impacts. But although workers will have to fight to get better pay and conditions, there is so far no widespread questioning by our class of the overall direction, and a lack of debate on the wider economic issues that Britain faces.

The clarity shown in union press releases has to be taken up in the workplaces. There are signs that this is happening – that thinking needs to develop and spread. Critiques alone won’t worry capitalism.

Economic war on workers being used to fund a military war
Monopoly and regulation: a new path for Britain
Meet the new ‘mafia’ economics
Capital in the 21st Century: the film and the book
Seizing the future for Britain's workers