Celebrate May Day in song 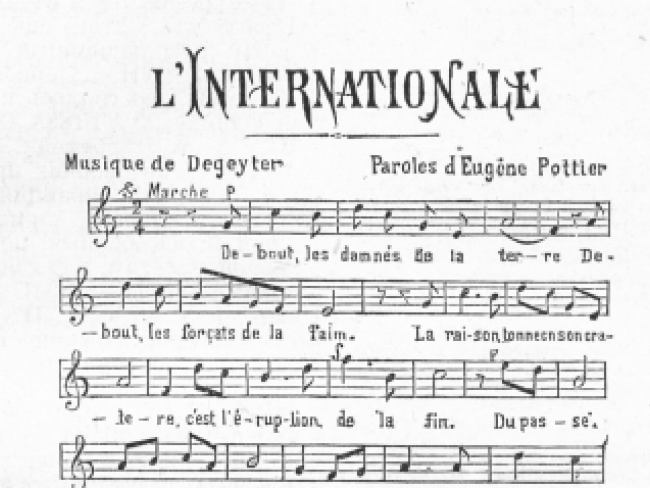 First publication of The Internationale (composed by Pierre Degeyter from Ghent, Belgium)

On this May Day – Friday 1 May – with workers around the world unable to gather in numbers to celebrate the day, we invite all our readers to raise a glass in solidarity and sing the traditional Communist anthem, The Internationale.

We reproduce below the words, a translation from the original, written (in French) by Eugène Pottier in Paris, June 1871, after the defeat of the Paris Commune.

The British version of the anthem is unique. The original French simply says "Make a clean sweep of the past", and so, more or less, do other versions. The fight against superstition, against unreason, is more deeply rooted in Britain and its history than in any other country.

This May Day, we have produced for you a musical soundtrack to sing along to, an arrangement of the original by Pierre Degeyter written and performed by leading Scottish composer Edward McGuire. Click to play it.

Arise ye starvelings from your slumbers

For reason in revolt now thunders

And at last ends the age of cant.

Away with all your superstitions

And spurn the dust to win the prize.

Then comrades, come rally and the last fight let us face

The Internationale unites the human race.