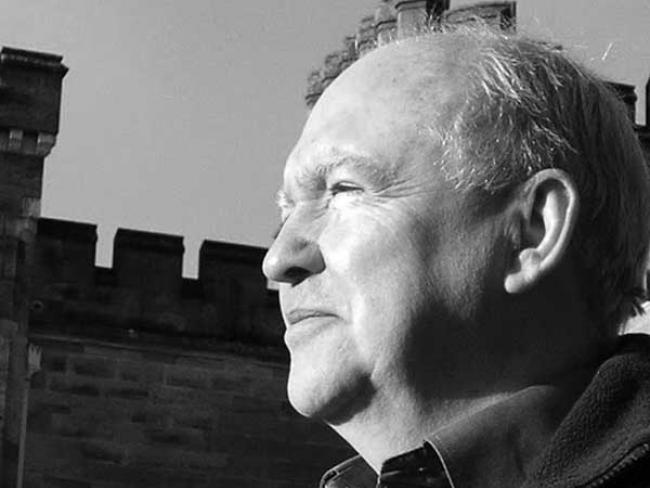 This article is an edited extract of an article composer Eddie McGuire wrote for the latest edition of The Works, journal of the British Academy of Songwriters, Composers and Authors (BASCA). Photo Workers

Organisations with “British” in their name ought to be concerned that they could lose this identity and be diminished if the Yes opinion wins September’s referendum on independence for Scotland. As a composer I am proud to be with fellow practitioners in such a Britain-wide organisation as BASCA.

Glasgow born, I studied in London and Sweden, but have been back working in my hometown for over 40 years. I still visit my composition teacher in mid-Wales and keep links with fellow composers from my student years who now live all over the UK. I view Britain as my stage and relish having enjoyed premières all over the country, from an accordion prelude at the Arundel Festival near the south coast to a symphonic poem at the St Magnus Festival in the Orkney Islands.

I have loved travelling to hear my music – from the Sound Festival in rural Aberdeenshire to the Semley Festival on the Dorset/Wiltshire border. I have happy childhood memories of summer visits to my aunt and uncle’s Maiden Newton farm and recently arranged Four Dorset Folksongs to celebrate that. Derbyshire Dances and Scottish Dances on Original Themes are also titles from my output.

So, you see, I have a view of a whole country without divisions and I have an adamant desire to keep it that way – much better together than apart. More importantly, I am part of a united profession – why break up that strength?

Economies of scale, follies of duplicating effort, economic uncertainty splitting the solidarity of fellow professionals – these are all compelling reasons for working people, including us as composers and songwriters, to stick together. That’s why I have been devoting time and effort this year to supporting the Better Together campaign. Subsets of the campaign include Work Together and Academics Together who have proven conclusively the dangers of separatism to medical research and to university funding.

Three Emeritus Professors at the University of Glasgow recently stated jointly in a letter to The Herald, “our own research careers, like those of most Scottish scientists, were made possible because of access to UK research funds and it will be a tragedy if this opportunity is denied to future generations of Scottish scientists because of Scotland’s withdrawal from the UK. As part of the UK, Scotland leads the world in medical research: why would we want to put that at risk?”

I would contend that a similar scenario applies in the world of musical creativity and development. Alastair Darling has pinpointed the downside of a separate Scottish economy. Projecting his analysis onto Scottish culture, the risks to musical creativity are all too obvious.

And in times of economic crises, why break up the ability to conduct united campaigns to defend culture? Already worries are mounting about the fate of the BBC Scottish Symphony Orchestra if Britain, and the BBC, were to break up. The growing campaign Lost Arts has brought together the Musicians Union, Equity and others in the Federation of Entertainment Unions with members of the Prospect and PCS unions to counter this steady erosion.

Equity leads the My Theatre Matters campaign to stop theatre decline and closure; and the Voices for the Library campaign has had a UK-wide impact. BASCA members should be part of these united voices for culture.

A third pillar of post-war achievement in the 1940s, together with funding for national health and free education, was funding of arts for all. What started out as a united service, the Arts Council of Great Britain, was gradually divided and weakened by regionalism. Just look at music magazines at either end of the stylistic spectrum – Living Tradition and Classical Music – to see the array of interacting music-making that makes up the “stage” that is Britain. Time, I think, to save this, reverse the narrowness and divisiveness of separatist thought and make sure we stay together.

• Eddie McGuire’s contribution to the Better Together campaign, Unity Suite, is premièred at a concert in Glasgow on 5 September.