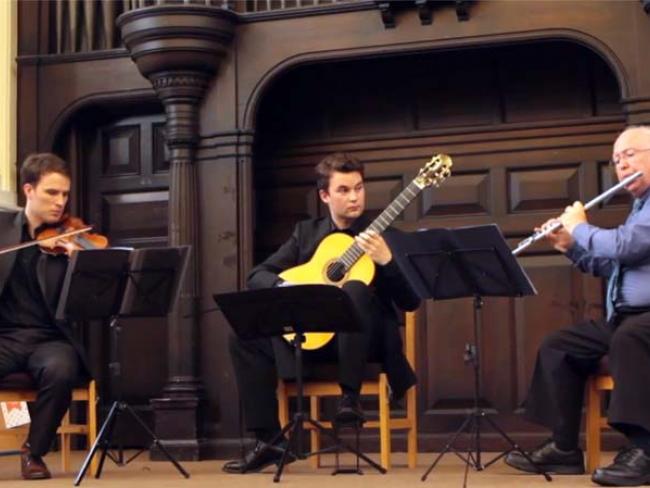 A memorable event was held in Glasgow on Friday 5 September. Named “Concert for Unity: celebrating ancient bonds of friendship through music”, it was part of the campaign to keep Britain together by promoting the No vote in the Scottish referendum.

The varied programme included music from across the world, featuring guitar, flute, cello, violin and piano, and the human voice. Fong Liu, originally from eastern China but now living and working in Glasgow, sang traditional ancient Chinese folk songs with wonderful power and delicacy. Jennifer McEwan, a mezzo soprano from the Scottish Opera chorus, sang three songs from her international repertoire including Baïlèro by Canteloube, and was warmly applauded.

The theme of the concert was unmissable in these and two other pieces, with two particularly significant.  One was Unity Suite, which was given a world premiere by its Scottish composer Eddie McGuire. He introduced it saying that he had decided to write some new music to create something positive to come out of the No campaign, which would live on whatever the decision. The Suite blends influences from all over Britain, from Shetland, Dorset, and Northumbria, expressing the unity of Britain and its creative springs, which must never be divided.

The other new piece, written for the concert, was a song called Why Build Another Wall? performed by young Scottish members of the Vote No Borders group, which sponsored the concert. The CD of the song, and the film of the concert, are available from their website www.votenoborders.co.uk

McGuire explained that a vote to separate would be likely to have disastrous consequences for the musical arts in Scotland, especially for companies which perform all over Britain such as the BBC Scottish Symphony Orchestra and Scottish Opera – a world-renowned gem which has already been partly wound down under the SNP government. He reminded the audience of many Britain-wide cultural organisations, such as the Associated Board of the Royal Schools of Music, which has set world-class standards in music. He also spoke of the unity and strength of the trade union movement which unites British workers in one cause.

Fiona Gilmore from VoteNoBorders reminded us that the things we British hold in common are far greater than things that divide us. The concert ended with audience and musicians joining together in that celebration of human unity, Auld Lang Syne.