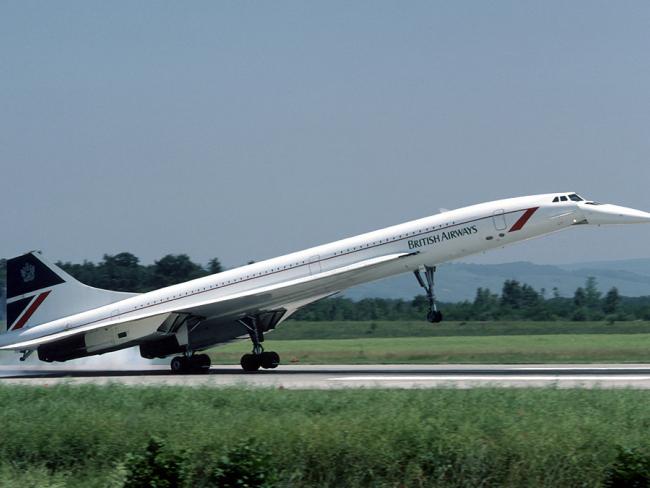 This is a well written and easy to read book by Jonathan Glancey, former architect and design correspondent of the Guardian and Independent newspapers. It tells the story of Concorde, taking the reader from Chuck Yeager’s first flight breaking the sound barrier in 1947 to the last commercial supersonic airliner flight in 2003.

This is not a book to rouse the masses neither is it overtly political; that is not the author’s intention. But he explains the importance of developing Concorde and provides a clear outline of the decline of industry in Britain especially the aerospace industry.

Glancey reminds us of the exceptional nature of everything about Concorde – from its conception, design, testing and manufacture to the politics surrounding and affecting it, and on to in-service operation and the events after service. And in doing so he goes into detail about the workers involved in the creation and operation of Concorde.

‘The aircraft was a soul-stirring achievement and a glorious design, the product of intense research and development.’

He summarises the achievement in this way, “Even if the odds had been stacked against Concorde – and there had been naysayers from the 1960s onwards – the aircraft itself was a soul-stirring achievement and a glorious design. The product of intense research and development, it was a mechanical and scientific marvel. It was also, quite simply, very beautiful indeed. The engineers who created Concorde gave us a machine that caught the imagination of artists, architects, writers, photographers and filmmakers worldwide and across several generations.”

Whatever your personal thoughts on Concorde – and this book will expose them as you read it – remember that Concorde existed in a Britain that was more founded on engineering than it is today. Yet Britain still has manufacturing capability. It is depleted but highly technical and often specialist in nature and rarely leads to mass employment here in Britain. That failure is mainly due to lack of investment under the control of capitalism indifferent to the future of our class.

For example the book notes the demise of the National Gas Turbine Establishment at Pyestock close to Farnborough as a particularly significant episode in decline of investment in the British aero industry. NGTE had been born in 1946 as a result of nationalisation by the Attlee Labour government of Frank Whittle’s Power Jets Limited and the RAE’s Turbine Division.

Glancey argues that the dreams and desires of those who lived between the 1930s and 1960s ended in an onslaught of consumerism in the 1970s. The best of Britain’s engineering skill was used to realise the design of Concorde for what it was. Workers on average pay may not have been able to afford the fare thus ensuring elitism in use. But the legacy of the effort of British workers spent on this aircraft was felt for many years afterwards and even today.

Just as super powers rise and fall so too does technological advance. There have been advances since Concorde – in materials control technology and production techniques. These have reduced the cost of manufacture and the cost of flying. Such developments definitely benefit capitalism's hunger for profit. This book should make you think what might be possible if the knowledge and creativity of our class served us alone.