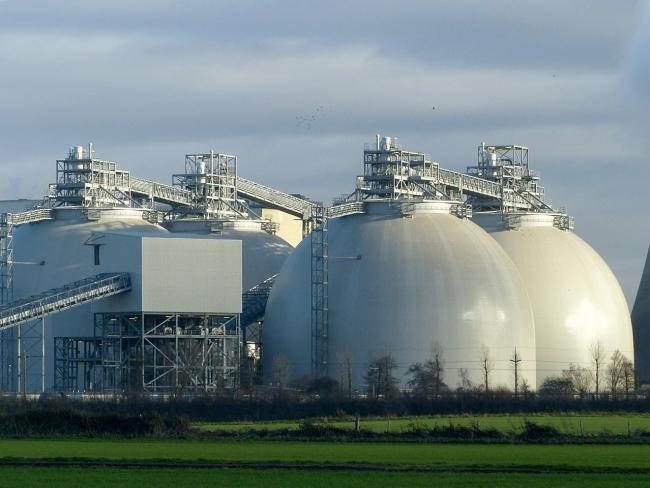 The UN Climate Change Conference in Glasgow (COP26) talked a lot about ending all reliance on fossil fuels. But this ignores the dependency of industry on hydrocarbons. Modern society’s ability to feed, clothe, warm itself, and to provide security, education, health and culture all depend on industry.

Wind and solar power depend on fossil fuels, so does nuclear. Wind turbines, solar panels and nuclear reactors are made using steel, which needs coal to produce it. And most plastic and adhesives, essential products, are derived from petroleum or gas in one way or another.

Former US president Barack Obama was among those trying to use COP26 to whip up hostility against Russia and China. He said, “It was particularly discouraging to see the leaders of two of the world’s largest emitters, China and Russia, declined to even attend the proceedings. And their national plans so far reflect what appears to be a dangerous lack of urgency, a willingness to maintain the status quo on the part of those governments.”

Russia has ratified the COP21 Paris accords. It has signed up to the deforestation pledge. Last month, President Putin said that the damaging effects of climate change were now “so obvious that even the most heedless can no longer dismiss them”.

Governments in the West have adopted ruinous policies. Energy prices in the West are now four to five times more than prices in China and India as governments have closed down cheap, reliable coal and gas-fired power stations and tried to replace them with expensive and unreliable solar and wind power.

British industry’s energy costs have almost tripled since 2004. The government pays rich landowners to build wind turbines, damaging the environment: 14 million trees in Scotland have been cut down to make way for wind farms.

Biomass, burning plant-based material for energy, sounds green and sustainable; it is endorsed by COP26. Frans Timmermans, the European commissioner for climate action and EU lead at COP26, said that at the moment it is more achievable and economical for EU members to subsidise the burning of wood pellets to make energy than it is to invest in renewable solutions such as wind and solar now.

‘Britain is the largest consumer of wood pellets in the world’.

Britain is the largest consumer of wood pellets in the world, importing 82 per cent of them from USA and Canada. Biomass accounts for around 7 percent of our energy supply, and is the third largest “renewable” source after wind power and nuclear.

But the case for biomass as an answer to climate change is overstated and there are many critics. The UN and EU count biomass burning as carbon neutral, under the rules agreed in the 1997 Kyoto Protocol. But wood pellets produce higher carbon emissions than coal to produce the same amount of energy.

It also results in deforestation. The cheapest way to make wood pellets is not to use timber waste, but to cut down whole forests – about half of which is from natural forest and not managed plantations. In contrast Putin laid emphasis on managing forest and woodland as part of an overall climate plan.

California now practically bans oil extraction and is closing its nuclear- and natural gas-fuelled power plants. It now imports most of its crude oil from overseas, and gets nearly a third of its electricity from neighbouring states. As a result, energy prices are rocketing. Between 2011 and 2017, its electricity prices rose five times as fast as the US average. Californians now pay 60 per cent more than the national average for their electricity.

The “green economy” has its problems too. Between 2000 and 2009 each “green job” in Spain cost Spanish taxpayers around US$774,000 in subsidies. And for every such job created, more than two jobs were lost in the traditional economy – in part because higher energy prices have made Spanish companies uncompetitive. And in 2019 most of the renewable energy jobs in Spain were for biomass.

Several Western countries, including Britain, boast that they are lowering their CO2 emissions. But all they have done is export production, jobs – and CO2 emissions – to countries with cheaper energy. “Zero carbon” if completely applied would lead to zero energy, and so to zero industry.

We depend on fossil fuels. Ending that dependence would mean ending industry, energy supplies, and our present standards of living. Climate security demands energy security, energy independence, not depending on Russia, China, the US – or France.

Energy for the future – maybe
Greenwashing in Wales
Biodiversity Net Gain – beware false promises
What is farmland for?
Rolls-Royce: steps to net zero