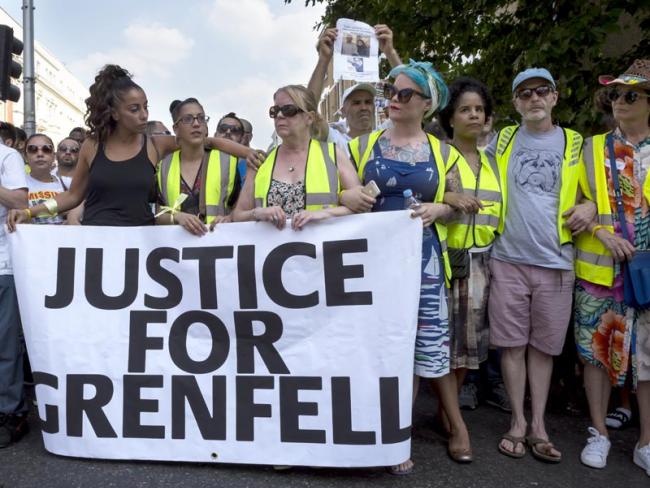 Records obtained by the Guardian show that Kensington and Chelsea council raised £4.5 million from the sale of two council houses last year, which the newspaper notes is more than the £3.5 million outlay on the controversial cladding system added to Grenfell Tower.

The two houses were among a dozen sold off by the local authority in the year to April, bringing in a total of £8 million.

The documents also confirm that the council saved almost £300,000 by changing the cladding used on Grenfell Tower from zinc to aluminium, and around £60,000 worth of intended works to duct panels and ventilation grilles for gas risers were scrapped.

Meanwhile, the hapless council inadvertently leaked the identity of the owners of 1,652 properties in the borough that are recorded as unoccupied. Oligarchs, foreign royalty, offshore companies and multimillionaire businesspeople dominate the list, which shows more than a third of the homes (603) have been vacant for over two years, with the owners paying a 50 per cent premium on their council tax.

A further 1,010 are classified as unoccupied and substantially unfurnished, and the remainder – just 39 – have been empty for less than a year and are undergoing building work.

Research for London mayor Sadiq Khan shows that foreign investors are buying up thousands of London homes suitable for first-time buyers, often using them as buy-to-let investments. Foreign buyers bought 3,600 of London's 28,000 newly built homes between 2014 and 2016 – half of which were priced in the first-timer bracket of between £200,000 and £500,000.

In prime boroughs Westminster, Kensington and Chelsea, and the City, a third of new homes were snapped up by overseas buyers. Meanwhile, new figures from the ONS show that the typical home in the UK cost £220,100 in April, a rise of £3,500 on the previous month and a £12,000 increase from the same month a year ago.