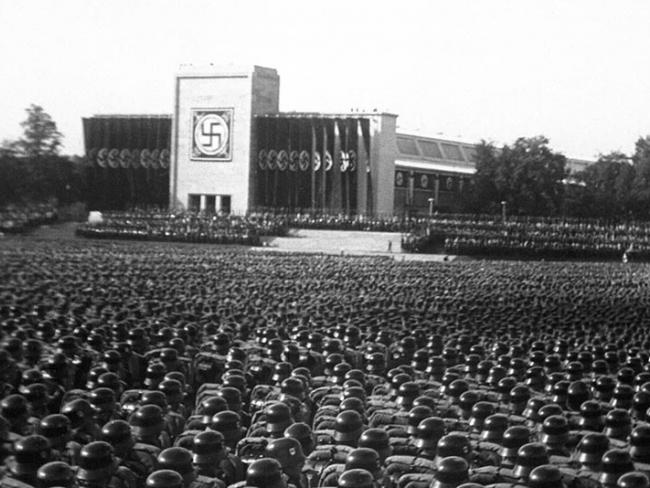 Forget about the self-serving squeals coming from Berlin: Germany has been directly and indirectly responsible for the mess the eurozone now finds itself in. And, it turns out, this is an issue on which the country has some form, around 80 years ago...

Germany seemed to many EU politicians a safe pair of hands to trust with the control of EU finances. But by relying on Germany’s industry-based trade surplus as collateral, a number of countries have borrowed to the extent that their economic substance is now being drained. It turns out that EU politicians have merely fed the engine of European integration and lost the sovereignty of their states. This is not the first time such a scheme has been used by Germany to centralise political power.

“Beneficial crisis” is a term often used in EU think-tank circles. The credit/debt crisis is depicted as something that sprang out of the ground at around 2007/8 – but has this crisis really come about entirely unexpectedly? Is it really so surprising that many euro countries have sovereign debt problems?

Even a basic understanding of the economics of comparative advantage between trading parties would conclude that certain euro countries should not have been able to raise credit by implied reference to the yield on German bunds (government bonds). Or put another way, how can it be right that Germany monopolises manufacture, sells its output to other EU participants and builds up a huge surplus, at the same time as other countries have been deliberately deindustrialised while accruing massive debt through trade imbalance? Yet this is what has been going on for over 20 years.

The policy was rationalised by EU economic gurus under the cloak of the harmonisation of interest rates, first via the Exchange Rate Mechanism (ERM) and then the euro from 1999 onwards. At the outset the raising of euro credit was hailed as an economic miracle, but is now seen as the acquiring of credit using false criteria.

To set the record straight, it was the euro rather than profligacy that disfigured the long-term interest rates of those countries now in trouble. Normally, a number of credit risk factors are used to determine the rates of interest at which a government or population can borrow. Such factors include the country’s assumed future rate of inflation, its balance of payments position, its political stability, the level of existing debt and the likelihood of default.

But under the euro this risk assessment was ignored on a country-by-country basis. Instead, a narrow range of interest rates was applied to the euro bloc overall, with particular reference to the rate of interest on 10-year German bunds. So if German bunds were yielding 2.5 per cent per annum, then in euro terms it was considered appropriate that the governments and populations of Portugal, Ireland, Spain, Italy, Greece etc. could obtain credit at marginally higher rates of 3.0 to 3.5 per cent per annum. The normal credit risk criteria for Portugal etc. had therefore been suspended under the guise of the harmonisation of interest rates.

‘But this convergence (effectively encouragement) for borrowing, came unstuck.’

But this convergence (effectively encouragement) for borrowing, came unstuck in around 2008/9 when it became apparent that on no account should a country such as Spain be accessing capital for a 10-year term at 3 per cent per annum, given its national economic characteristics. Reality took hold and it was recognised that the low interest rates that Spain and the others had secured on their debt was completely mispriced in terms of credit risk.

The rates for these countries, now that they are being separately assessed, are currently averaging around the unaffordable level of 7 per cent per annum or more, whilst 10-year German bunds have interest rates as low as 1.7 per cent per annum.  The political point to stress is that those who control the EU realised these dangers at the outset but considered it a race: Could their political objectives of dissolving sovereign states using the euro be achieved before the likely economic outcome began to emerge?

The claiming of economic miracles under capitalism, only for things to turn out to be a disaster for the working class, is not new. One only needs to look at social and economic history to find examples of what can be described as ‘pyramid’ selling based on misplaced mass confidence. The recent mortgage boom under Labour is one example, and the circular financing under quantitative easing (QE) that is currently propping up British bank balance sheets by £325 billion is another.

A further example of a “funding miracle” was the fate suffered by the German working class in the 1930s when they convinced themselves that their economic problems had been resolved. Like now, this “miracle” involved the issuing of leveraged credit (that is, raising credit with little means to back it). It was organised by Hjalmar Schacht, who had been appointed Reichsbank Governor in 1933. Schacht later explained: “It was necessary to discover a method that would avoid inflating the investment holdings of the Reichsbank immoderately and consequently increasing the circulation of money excessively.” So he had to find some means of getting credit “without meaning for it to be long term and without having it undergo the risk of depreciation, ie loss of value. That was the reasoning behind the Mefo bonds.”

Mefo bonds were structured around a dormant company, Metallurgische Forschungs-GmbH (Mefo), whose sole purpose was to leverage huge expenditure that would not be shown as outstanding debt on the Reichsbank balance sheet. With a start-up capital of one billion marks, which Hitler and Schacht arranged to be provided by the firms Siemens, Krupp, Deutsche Werke and Rheinmetall, Mefo was eventually leveraged at least 12 times over, meaning that for every 1 mark of equity capital put behind Mefo there were 12 marks of debt. Companies that serviced the Nazi order book had only to draw on Mefo for the amounts due.

These bonds, when presented to the Reichsbank, were immediately convertible into cash. The success of the Mefo programme depended entirely on public acceptance of the bonds. But because they were short-term issues that could be cashed at any time and bore interest at 4 per cent, the bonds were eagerly accepted and created 12 billion marks worth of credit, used for such projects as rearming Germany.

But there was a limit to how far the country could go without becoming bankrupt and Schacht believed Germany was approaching this limit. He was eventually ousted from the Reichsbank Governorship in 1939. By then the pyramid selling of Mefo bonds had propped up Nazi politics to the extent that the opportunity for European conquest had arrived. Hitler, fresh from annexing Czechoslovakia through French and British appeasement, said in August 1939: ”For us it is easy to make the decision to go to war. We have nothing to lose: we can only gain. Our economic situation is such that we cannot hold out.”

What is little known is that, following the pumping of credit and the outbreak of war, in July 1940 Walther Funk – who had replaced Schacht as Reichsbank Governor – made a speech in Berlin on the Nazi proposals for the economic reorganisation of Europe. To his audience of businessmen, Funk spoke on the question of currency union between Germany and the countries that had been militarily occupied or annexed prior to 1939. On currency he said: “Regarding the question of the basis of a new currency, which has recently been the subject of a particularly lively debate, the following should be said… the price level will have to be adjusted to that of Germany. But a currency union will bring about a gradual levelling of living standards.” What Funk meant by the “levelling of living standards” became apparent through Blitzkrieg and Auschwitz.

It is from this Nazi backdrop that the notion of a European currency union was spawned in 1940. Now in 2012 the EU weapon of choice for levelling the price of production and workers’ living standards is the euro – Greece and the other indebted countries are being smashed to smithereens. The ‘peace in our time’ connotations concerning the importance of binding European countries together, that we hear so often from today’s currency union fanatics, is an ugly lie that is hiding the most horrible stench.

Let us not continue to believe the false claims of economic miracles under capitalism. Economic and political delusions need to be tackled which includes of necessity Britain coming out of the EU. We do not rely on it. More than 80 per cent of our GDP is not in any way dependent on the EU. Yet the other EU countries depend on Britain as their largest export market. Time to broaden our horizons and recognise that true internationalism begins at home.