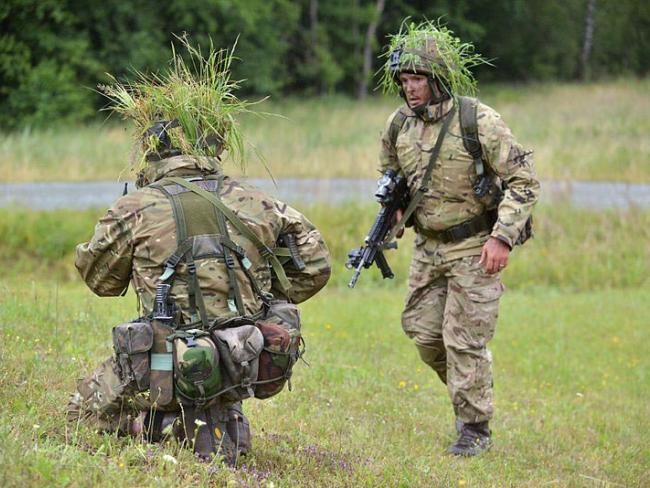 Who cares if Russia sails its only aircraft carrier through the English Channel (or La Manche if you sit on the other coast)? Who cares if the only way the Russian navy can visit certain parts of the world is by using this international seaway?

Apparently the barnacles in the Admiralty and their gung-ho chums in NATO do. They seem determined to re-enact the dramatics of sabre-rattling and tub-thumping from a past age. The Russian sailing is described as posturing and inflaming tensions. How is using an international seaway inflaming tensions?

The call for demonstrations at the Russian Embassy by foreign secretary Boris Johnson during the emergency Commons debate in October was inflammatory. In the event one man turned up with a placard. And Johnson’s attempt to call yet another conference over Syria in London flopped immediately.

Only the Russians are providing support to the Syrian government to defeat Islamic fascism. The attempt to turn the clock back to the nineteenth century and whip up an anti-Russian alliance is warmongering pure and simple. And it does nothing to settle the disaster created by ISIS and its overseas backers.

In fact, this all smacks of desperation. The Syrian government is winning the fight against ISIS, and Western hopes of toppling Assad are melting away, along with the fake “rebel” forces they have been so assiduously arming.

Placing British troops in Poland and other countries bordering Russia to train offensive ground units is warmongering, too, like placing NATO tanks and missiles on Russia’s borders.

The irony is that the British Army is now the smallest it has been since the Napoleonic Wars over 200 years ago. It cannot provide the manpower deemed by the Chiefs of Staff to meet even their plan B defence of Britain. Johnson surrounds himself with retired naval and army figures, but is living a fantasy.

The Royal Navy, despite whatever delusions still exist in the Admiralty, consists of 19 surface ships (yet 40 admirals and 260 captains!). These are provided on a privatised lease system and hardly make the grade for gunboat diplomacy.

Our wilful dependence on foreign suppliers is weakening our own industrial base as well as damaging the independence of the armed forces. The new Trident submarines will actually be built with hulls of French steel – Tata was running tests to check that it could be produced in Britain when the company was told that the contract had gone to France’s Industeel.

Even the tinned beef on Britain’s submarines patrolling the Falklands is bought from Argentina!

The road back from warmongering is to bring all British armed forces of whichever service home. Britain is part of the world not in charge of the world.

And we need them here, too. Without a sufficient naval force how are we going to patrol our seas to ensure EU trawlers don’t continue to hoover up our fish? How do we stop the people smugglers without ships?

The EU was trying to coopt our foreign policy, and our armed forces too. We should demand that free from the EU we pursue a defence policy that is precisely that: defence. Our armed forces should be protecting Britain, not attacking the world.