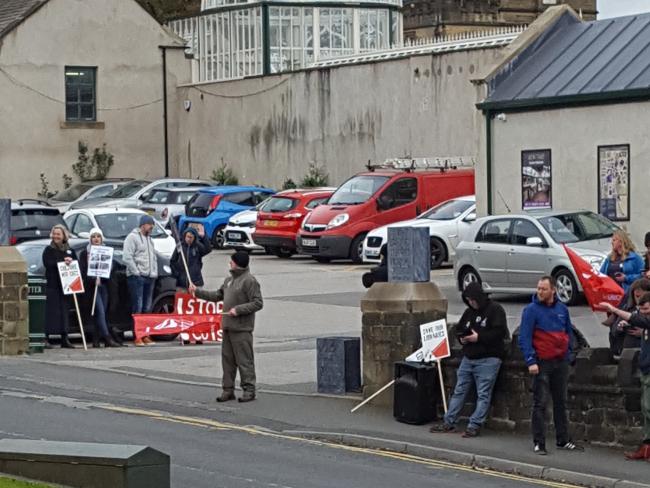 Library and museum workers across the Bradford district embarked on one or two days of strike action on 21 October. This is a further step by Unite members in their campaign against cuts to the service imposed by the council.

The Libraries, Museums and Galleries Service face a 65 per cent cut in budget. That’s effectively a death knell for those services. Job losses will be substantial. As in other places, Bradford Council wants to move to a delivery model where volunteers replace staff. That approach inevitably fails to maintain services.

The union’s regional officer Mark Fieldhouse said: “…Bradford council bosses have underestimated the strength of feeling and resolve of our members to stand up against corrosive cuts.” He went on to say that the public appreciate importance of local libraries and museums and recognise that such a service needs proper funding.

Unite has called for a halt to the proposals and constructive discussions about restoring the damage inflicted by earlier cuts. Further action is planned for November and December.

Unite the Union is to be congratulated for standing firm in the face of such an assault on jobs and professional standards.