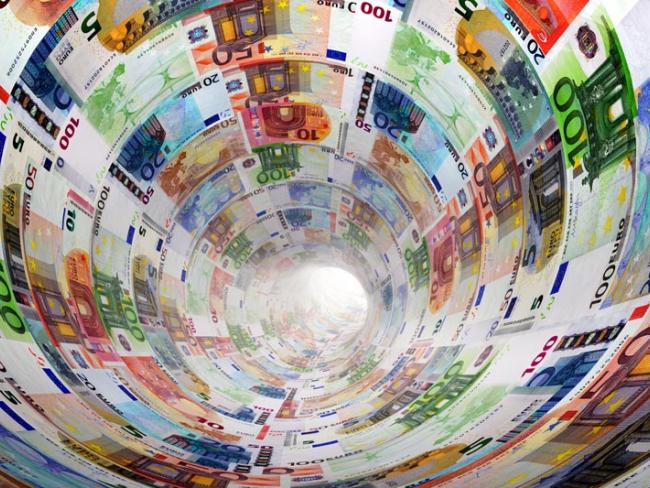 Adair Turner was Chairman of the Financial Services Authority from September 2008 until its abolition in March 2013. He describes the 2008 crash as “a crisis whose origins lay...in a global financial system whose enormous personal rewards had been justified by the supposedly great economic benefits that financial innovation and increased financial activity were delivering.”

He argues that “we must constrain the overall quantity of credit and lean against the free market’s potentially harmful bias toward the ‘speculative’ finance of existing assets.”

Turner observes, “the vast majority of bank lending in advanced economies does not support new business investment but instead funds either increased consumption or the purchase of already existing assets, in particular real estate and the urban land on which it sits.” By 2008 derivative contracts outstanding were worth $400 trillion (nine times the value of global GDP).

‘The eurozone crisis partly reflects overconfidence in the benefits of free capital flows.’

Across advanced economies private-sector debt increased from 50 per cent of national income in 1950 to 170 per cent in 2006. The ratio of global total debt to GDP still continues to grow: up 38 percentage points since 2008 to 212 per cent. Turner explains, “free markets left to themselves will keep on creating private credit and money beyond the optimal level and will allocate it in ways that generate unstable asset price cycles, crises, debt overhang, and post-crisis recession.”

Turner points out that debt creation “drives booms and financial busts: and it is the debt overhang left over by the boom that explains why recovery from the 2007-2008 financial crisis has been so anemic. But from the point of view of private-profit-maximizing banks, even when run by good competent honest bankers, debt creation that is excessive in aggregate can seem rational, profitable, and socially useful.”

Turner notes the eurozone’s “profoundly flawed political design”. In the nine years after the euro’s launch, capital did not flow into investments that could increase productivity and economic convergence. Instead “In the case of Greece they financed unsustainable public deficits. In Spain and Ireland they financed increased private consumption and excessive real estate investment.”

He explains how this damaging cycle fed itself and caused economic harm. “Increased market liquidity in Greek government bonds made it easier...to increase public debt to unsustainable levels, and market completion through the removal of exchange-rate risk facilitated harmful private borrowing.”

The eurozone crisis in Turner’s view partly reflects overconfidence in the benefits of free capital flows, and structural limitations. “The fundamental problem is that all public debt in the eurozone is issued not at the federal eurozone level, but...[by] nation states, who no longer issue their own currency and therefore no longer have the capacity if necessary to repay public debt with sovereign fiat money.”

Turner condemns the austerity policies of Osborne and the EU. He says fiscal austerity in the eurozone has significantly depressed growth. His conclusion: “The eurozone’s flawed design has thus made it more difficult to offset the debt overhang problem created by private sector excess. Policy failures and market failures have compounded one another and threaten to trap the eurozone in a prolonged period of slow growth, very low inflation, and unresolved debt burdens.”