Employers – no interest but their own [Updated] 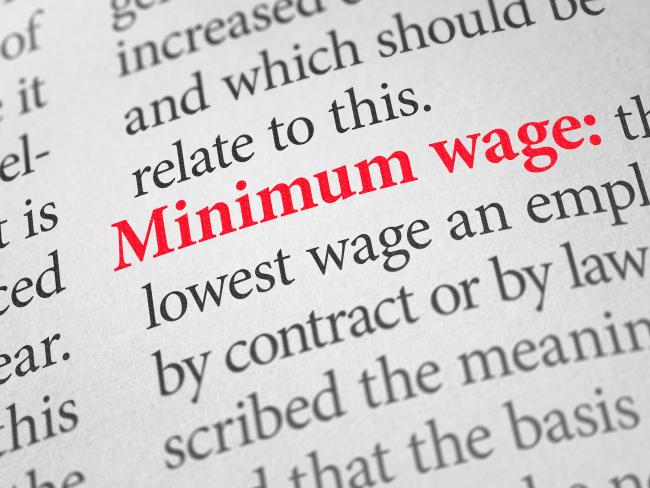 * This article, first published on 30 March, was updated on 25 April to include new data on data and jobs.

The ruling class never misses a chance to undermine workers. Under the cloak of helping refugees, they can’t resist the opportunity for hiring cheap labour.

A number of employers’ organisations – the Recruitment and Employment Confederation, the Association of Labour Providers, the National Farmers’ Union and giant temp provider Adecco – are urging the government to give all refugees the immediate right to work here.

Employers always seize every chance to keep wages down by importing cheaper labour. P&O Ferries is conspicuously doing that right now – but it isn’t alone. Employers love every chance to make money out of desperate people.

The Johnson government long ago abandoned its promises to control Britain’s borders. Its commitment to the EU’s four freedoms – the free movements of capital, goods, services, and persons is absolute. Every international emergency – Hong Kong, Afghanistan, and now Ukraine – creates another surge of refugees, accompanied by the call of “we must do something”.

Home Secretary Priti Patel’s 1 March speech on the government’s “bespoke humanitarian support package for Ukrainians” made no mention of any extra spending that will be needed to support the hundreds of thousands of refugees from Ukraine that the government eagerly anticipates.

The employers’ organisations claimed it is “more urgent than ever” to lift the current ban on the immediate employment of refugees, because there is a record staff shortage across the country. That is only half the story.

Did anyone really think that this government is going to provide the services needed to house, educate and care for hundreds of thousands of Ukrainian refugees they hope for? They will be abandoned to the mercies of cowboy employers and cash-starved local authorities.

And even if that number of people don’t arrive from Ukraine, it’s not going to directly solve employers’ problems. Their interest is in driving down wages for everyone.

It is an imperial delusion that Britain has a unique responsibility for the current huge flows of migration. Britain is supposed to be particularly guilty, and so has a particular obligation to accept refugees.

The call for “open borders” is also a demand that all asylum seekers be given the right to settle here. But those who have come from war-torn Syria, Afghanistan, Iraq, Libya or Somalia, and then try to reach Britain from France are no longer fleeing oppression – they are not persecuted in any country in Europe through which they have passed.

Meanwhile, job vacancies here were around 800,000 in the quarter to January 2020, double the level ten years earlier. Since the pandemic and subsequent lockdowns, reported vacancies have risen every quarter, up to 1.3 million this March. And the ratio of registered unemployed to vacancies are at a record low.

Several factors are at work: an increase in vacancies in all sectors compared to pre-pandemic levels and an increase in older workers leaving the workforce over the past two years. And in response to the rising cost of living that’s driving industrial action, many firms are holding vacancies rather than increasing wages.

This is a structural problem with the economy. Training and improving skills are vitally important for our manufacturing, industry and services. Shortages will not be solved by token measures allowing some refugees to seek work in Britain sooner than they can now.

But as with almost all other areas, there’s little sign of positive action from government. Prime minister Johnson made a speech in September 2020, long on “ambition”, short on effective detail. And the Skills for Jobs White Paper the following January from then education secretary Gavin Williamson announced lots of measures, but they added little.

Government has no intention of acting on behalf of workers, only employers. Workers must take matters into their own hands.