Energy for the future – maybe 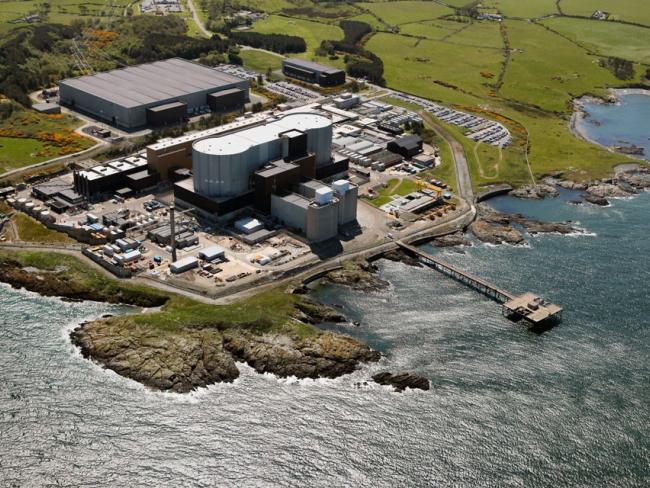 The former Wylfa nuclear power station, Anglesey, Wales shut down in 2015. The site was intended to house a new station until Hitachi withdrew in 2020. Photo UK government agencies, via Wikimedia Commons (OGL 3).

The government’s new energy policy attracted comment and predictable criticism from the environmental lobby. But there are a few worthwhile elements, including a commitment to a mixture of energy sources.

The scale of the energy challenge for Britain will only worsen unless some of the positive aspects of the policy are implemented.

The prime minster Boris Johnson announced the government’s new energy security strategy on 7 April. It drew immediate fire from self-professed “green” lobbyists for its commitment to expanding nuclear capacity, along with more oil and gas exploitation in the North Sea.

To its credit, the government appears to have accepted the logic of nuclear, combined with gas and oil as the only energy mix reliable enough to keep the lights on and the motors running when we need them.

To the environmentalists’ delight, the policy also commits to five-fold expansion of offshore wind capacity and the effective go-ahead for further, and larger, onshore wind farms.

And both lobbyists and government have a rose-tinted view about the scale and cost of moving away from gas as a source of domestic heating. Never mind, John Armitt, the head of the National Infrastructure Commission thinks everything is fine.

According to an interview in the Daily Telegraph on 16 April he believes the answer is to ban the sale of gas boilers, which will force people to make “greener” choices. As an engineer Armitt ought to know better than to uncritically repeat assertions that heat pumps are a simple replacement for gas heating.

The GMB union represents many workers in the energy industry. It produced a report last year taking a balanced and pragmatic look at energy and the environment. The union’s response to the latest government announcement pointed out that plans have to be decided on and implemented and not just publicised and changed later on.

Speaking at Hinckley Point C, shortly after Johnson’s announcement GMB general secretary Gary Smith said, “The government has to get on with it, secure the UK’s energy future, and make sure the next generation doesn’t face the same crushing cost of living crisis.”

Smith also pointed to the threat to our energy security presented by the award of key contracts overseas. And just the following day it emerged that work on the Cerulan Fields floating wind farm off the coast of Scotland is going to Lamprell, a Dubai based contractor. GMB said this will lead to even more energy jobs going offshore.

The sensible view may be that the way forward is more nuclear energy coupled with less predictable renewables, wind and solar power. But neither common sense nor science are guiding government policy. The baleful influence of the government appointed Climate Change Committee, independent in name only, is prominent. They say that there’s not enough from the government on energy efficiency and “supporting households to make changes” – the carrot to Armitt’s stick.

Also the CCC is one of those attempting to block the proposed coal mine in Cumbria – ignoring that it will mine coal for steel-making. The government must decide on that issue by the beginning of July – when it had already shamefully backtracked on the go-ahead given previously.

Even if the Government sticks to its nuclear plan, it will be 2050 before even a quarter of our energy comes from this source, almost 30 years away. It remains imperative that during this period Britain exploits resources already within our grasp.

Oil and gas are known to be in the North Sea; the announcement of a new wave of licenses for exploration and extraction is welcome.

In a similar vein, the news that the ban on fracking is to be reviewed by the British Geological Survey is a step forward. Fracking may or may not yield the harvest some imagine, but its future should be determined by science, not myth.

Recent events have opened the eyes of many people to the folly of relying on other countries to meet a basic need like energy, even if that seems benign at the time. The task for people in Britain is to ensure government policies are designed and implemented to meet our energy needs and are not dictated by the anti-progress, backward prejudices of environmental zealots.