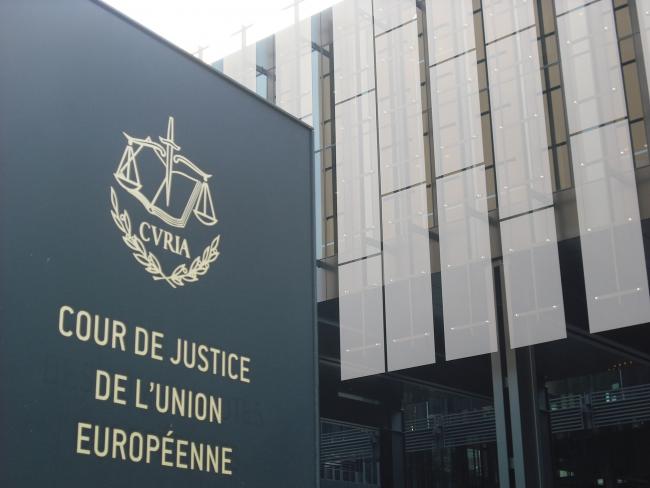 The main building of the European Court of Justice in Luxembourg. Photo Transparency International (CC BY-NC-ND 2.0).

The EU is trying to bully the governments of EU member states Hungary and Poland into accepting EU policies on the independence of the judiciary, migrant quotas, and policy on LGBT rights.

Always acting in the EU’s interest, the European Court of Justice (ECJ) obediently ruled in mid-February that Poland could lose €116 billion in EU funding, and that Hungary could lose €32 billion, over the next five years for not accepting these EU policies.

The ECJ went further; it ruled that it was permissible for the EU to continue to withhold from these two EU members over €7 billion in coronavirus relief funds. That’s a clear attempt to punish and harm the peoples of those countries for the presumed sins of their rulers.

The role of the ECJ is to interpret EU law and make sure it is applied “consistently” – ie as the EC wishes. But it goes further, also claiming exclusive authority on the relationship between EU law and domestic law. That is one of the reasons why Britain is having such difficulty with the Northern Ireland Protocol and other issues after Brexit and should demand an end to ECJ involvement.

Hungary has a general election coming up on 3 April. The Court’s ruling seems designed to interfere in that election.

The EU, the US State Department, the Foreign Office and government-supported “Non-Governmental Organisations” are doing whatever they can to interfere in Hungary’s internal affairs, telling the Hungarian people how to behave, how to vote, how to think.

We do not have to agree with the policies of the Hungarian and Polish governments. We can still respect their rights to make their own decisions, and accept that what happens in those countries should be decided by the people of those countries. But the EU insists, like an old-fashioned imperialist, that everybody should agree with and carry out its policies.