EU and NATO ramp up hostilities in eastern Europe 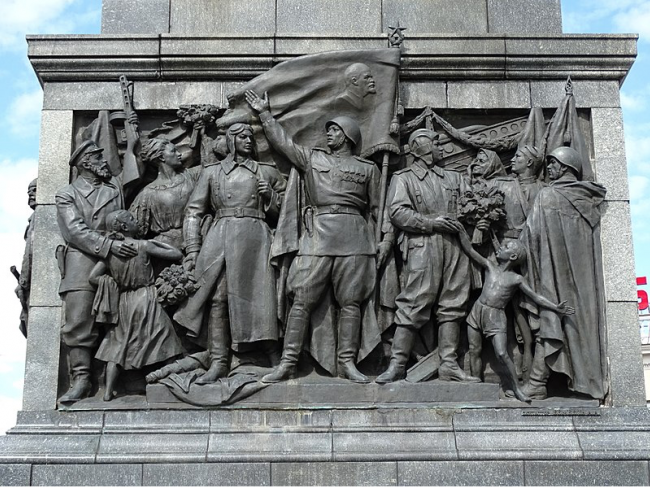 Alexander Lukashenko, a collective farm manager first elected as president of Belarus in 1994, was re-elected on 9 August this year with 80 per cent of the vote on a platform of maintaining the country's independence from the EU and NATO. Belarus has also escaped the worst of Covid-19, without the need to impose lockdown or social distancing measures.

They took to the streets carrying the red and white flag of the Nazi collaborators in Belarus during the Second World War, hoping it would replace the current national flag from the Soviet era. Leading supporters of the main opposition candidate Svetlana Tikhanovskaya were heard praising Hitler in speeches at rallies during the election campaign. None of these facts has been mentioned once in the mainstream media.

The supposed “revolution” failed to materialise and Tikhanovskaya fled across the border into Lithuania, a country, like all EU and NATO member states in eastern Europe, with a problem of state-approved glorifying of Second World War-era fascism.

In the same month in Lithuania, lawyer Stanislav Tomas was sentenced in absentia to three months in prison and fined 2,200 euros for destroying a memorial in the capital Vilnius dedicated to Nazi war criminal Jonas Noreika, who was responsible for the murder of 14,000 Jews. The judges also convicted Tomas for “damaging the feelings of the Lithuanian people”.

These events were followed later in August by the alleged poisoning of Russian so-called “opposition leader” Alexei Navalny. In reality, Navalny had an approval rating of around 2 per cent in polls held in 2018, well behind the real opposition leader, Zyuganov of the communist party. Navalny has called for Chechens and other national minorities in Russia to be killed like “cockroaches” and gave speeches at skinhead rallies as recently as 2011.

Navalny was then flown by a “peace charity” to Germany, the power behind the rotten EU, where Angela Merkel’s government and the German Army claimed that Navalny, despite regaining consciousness and being able to speak, was poisoned by “military-grade Novichok” and that “only the Russian government can and must answer” for what allegedly happened.

August also saw an escalation of NATO military activity, with Russian defence minister Sergei Shoigu saying that NATO had increased its number of spy-plane flights near Russian airspace by more than 30 per cent on the same time last year. Between 23 August and 2 September alone, the Russian Air Force flew at least ten sorties to intercept NATO spy-planes approaching Russian airspace.