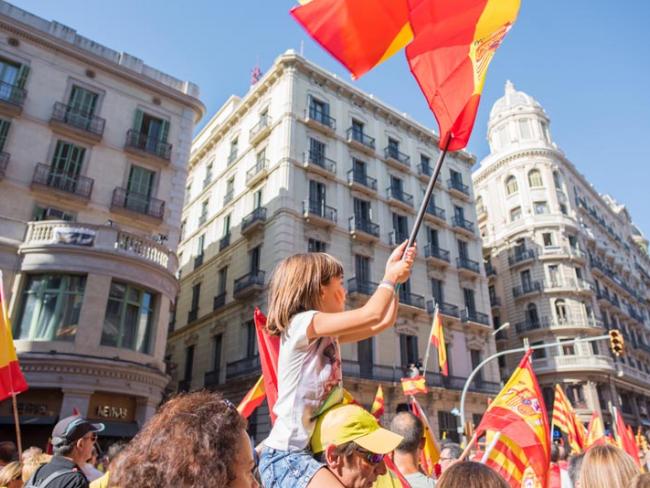 This policy is designed to destabilise member nations, the better to impose a pan-European structure. That way, they hope, the nation state will just cease to exist.

The EU has in this way stoked internal disputes inside many of its member countries. When these disputes flare up, as now between the Spanish government and Catalonia, Brussels then sits back and watches as conflict erupts.

‘When disputes flare up, Brussels sits back as conflict erupts.’

The process was aided by the Lisbon Treaty, which came into force on 1 December 2009. Among other things it acknowledged explicitly, for the first time, the importance of regional decision making.

Every EU decision has to be passed to the Committee of the Regions for consideration. Every country has representatives there, but to reduce the role of nations the smaller the country, the more members, proportionately, it has.

Of course, the regionalism is fake: every member of the Committee of the Regions is appointed by central government. It’s a farce, too, because no one takes any notice of it, not in Brussels and still less in Britain.

The real power lies with the Commission and its control over budgets. In 2017, regional spending will account for over a third of the EU total: more than 50 billion euros, doled out through the European Regional Development Fund, the European Social Fund and the Cohesion Fund.

Unfortunately for them, some actually believe the propaganda. In Scotland the SNP thought that it would get help trying to break up Britain. In Catalonia some might have thought the EU would “protect” them from the Spanish state. If so, they were wrong. Their appeals for the EU to intervene have been ignored.

The last thing the European Union wants  is a rash of new mini-states. Regionalism, yes. Separatism – that’s another thing. The only kind of nationalism they want is the baying euro-nationalism based around the EU flag.

The EU is understandably wary of creating multiple new nations out of existing ones. Kosovo’s application to join the EU, for example, has long been blocked by among others Spain (no doubt with Catalonia, Andalucia and the Basque Country in mind).

And at the back of everyone’s minds is the awareness that Germany and Italy are less than two centuries old, with strong regional differences.

The EU is fomenting discord. It is the problem, not the solution. Nobody should interfere in matters that are the concern of the Spanish people.