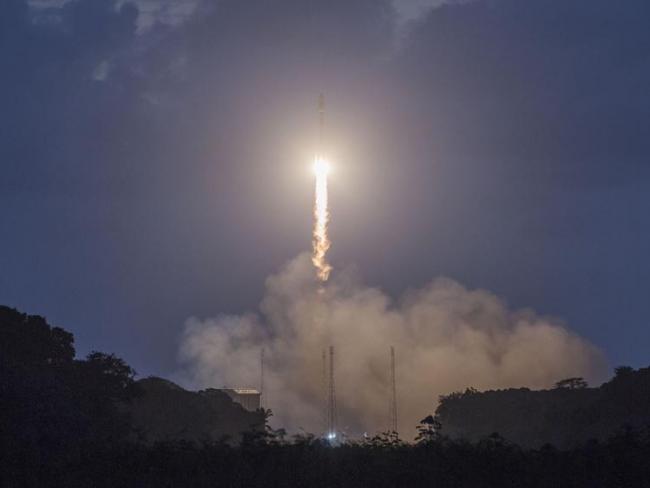 The battle over Brexit is now reaching into space, following the EU’s decision to exclude Britain from “sensitive” areas of the Galileo satellite navigation project.

It’s a decision that has drawn anger from government – as a source said, “It implies they wish to treat us as a hostile state, which is frankly laughable.”

Even Labour’s Hilary Benn was moved to say in the Commons, “The European Commission’s approach in this matter is counterproductive and, in suggesting that the UK could suddenly become a security risk after we have left, frankly insulting.”

It is also a decision that shows how the politics of the EU – and above all its determination to make it as hard as possible for any country to leave – count more than efficiency, common sense or even money.

The Galileo project is aimed at producing an independent European global positioning system that would mean countries don’t have to rely on the US’s GPS or Russia’s Glonass for positioning signals. (China is currently upgrading its own system, known as BeiDou-2.)

Galileo is also more accurate than any of its competitors, providing resolution down to one centimetre to governments and paying commercial customers.

Galileo also has what it calls a Public Regulated Service (PRS) to ensure continuity “when access to other navigation services may be degraded” and built in resistance to malicious interference. In the modern world, access to a system like this is essential for a country’s security.

Now the EU, led by the European Commission, is saying Britain will no longer have access to the development of the PRS. Already, one secure data repository has been moved from Southampton to Spain.

‘Nothing matters more than the United States of Europe.’

It has also barred British companies from bidding for Galileo contracts – on the basis that they are a security risk! Not only does this deprive companies here of work, but without British skills the whole project could take three years longer, cost billions more and almost certainly work less well.

But all this counts for nothing with the EU. It wants to let all its member states know that however much money they have contributed, whatever knowhow they have put in, all that will be lost if they leave the EU. Nothing matters more than locking nations into the most important project of all, the United States of Europe.

Years into a project to which Britain has contributed €1.4 billion (more than 10 per cent of the cost so far), we are told we can have no further say in its development nor know anything about how it works. That would put Britain’s security into the hands of the EU, which is already treating us like an enemy.

The government response so far has been robust, saying that Britain will develop its own system (possibly in partnership with Australia). “Any gap in UK involvement in the design and development of Galileo and PRS, whereby the UK is unable to manufacture components or assure those manufactured by Member States at any point, will constitute an irreparable security risk,” the government said in a statement on 24 May.  “It will mean the UK will not be able to rely on the system for our own security and defence needs.”

It should start right now: as the events with Galileo have demonstrated, Britain cannot conceivably rely on the European Union for any part of its national security. Yes, there will be a cost, but it is a cost worth paying.

And the government is clear that we have the ability to do it: “The development of a domestic system is economically viable and made possible by the expertise of the UK space sector,” it said. So get moving!

Commentators note that the EU move puts the December agreement on the Brexit transition in jeopardy. And so it should. That agreement was crystal clear that UK participation in EU projects would be “unaffected” and continue for the “entire lifetime of the projects”.

The British government has already told Brussels that it wants its €1.4 billion back – a demand predictably dismissed by the EU as baseless. The government should tell the EU that either we get it back, or they get nothing at all of the promised £39 billion Brexit settlement.