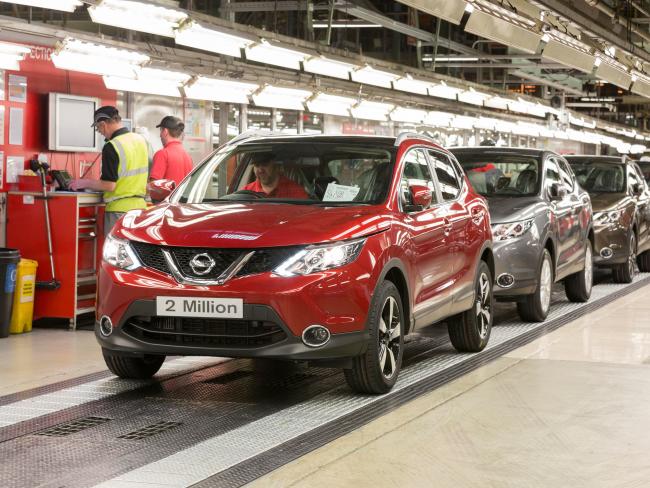 Nissan's Sunderland plant is one of the most productive in Europe. Phot Nissan UK.

Workers at Nissan Sunderland are fighting for their pension rights. Unite the Union is organising a demonstration at the plant on Saturday 11 July.

News that the current pension scheme would close came just a week after workers celebrated their long term future with restructuring and the transfer of production from Barcelona. That plant is closing with the loss of over 2,000 jobs.

Nissan said it will replace the defined benefits pension scheme with a less favourable one this September. This will affect 1,800 employees out of the 6,000 currently employed at Sunderland.

‘Nissan’s actions have led to a surge in union recruitment.’

The company says that the pension has grown “unsustainable”. Its actions have angered workers and led to a surge of recruitment into Unite. The march and rally is the first at the plant since it opened in 1986 – and it will be disciplined and properly socially distanced.

Unite national officer Steve Bush called the closure of the pension scheme “opportunistic”; it will reduce the financial security of those affected by tens of thousands of pounds. He said those long serving workers “…are facing an unexpected and gaping hole in their financial security during retirement, but rather than attempt to find a compromise Nissan has met their concerns with disdain and disregard”.

Nissan are refusing to even talk about lump sum compensation for reduced pension benefits, which is normal when such schemes are closed. Bush said that without consultation and significant movement by the company the dispute could result in industrial action, the first ever at Nissan in Sunderland.