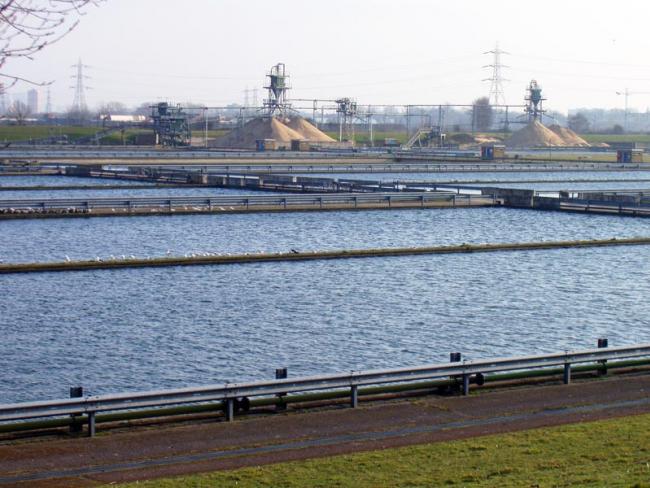 When Margaret Thatcher sold off the water industry in 1989, the government wrote off all its debts. Since then, the nine privatised companies in England have run up debts of nearly £52 billion. Meanwhile, they have paid shareholders a total of £61.8 billion in dividends, an average of £2 billion a year.

Thames Water’s share of this total is by far the largest, at £11.689 billion. And the companies have borrowed all this money not to invest in improving infrastructure, but to pay huge dividends and huge salaries to directors.

This decades-long dividend splurge obviously reduces the money available for investment. Benefits, far from trickling down to the public, are dammed up to the advantage of the shareholders. These dividends have increased the costs to water users – that is, to all of us – by an average of £62 a household each year.

Fortunately, expert eyes have been looking at the water companies since the 1990s. The Public Services International Unit at Greenwich University has published a string of reports documenting the great water robbery.

The latest report, by visiting professor David Hall, appeared in November 2021. Forensically, it documents the failure of privatisation and of regulation, along with disclosing the massive handouts received by shareholders and directors.

‘Dividends have increased the costs to water users – that is, to all of us – by an average of £62 a household each year…’

Thatcher had claimed that private shareholders would make the investments needed to improve performance, but as Hall shows, it has been the users, not the shareholders, who have paid for what investment there has been.

Meanwhile, prices go up. Two years ago Thames Water’s Chief Financial Officer (yes, the same director) wrote in his introduction to the company’s policy document on its tax strategy, “Importantly, although Thames Water is not paying corporation tax at the moment, the only people to benefit from this are our customers. This is because the reduced cost is fully passed to customers through lower bills.”

This may come as news to those who rely on Thames Water. It should even come as a surprise to Thames Water itself, given that its helpful guide entitled “Statement of Significant Change”, published in January 2021, explains how bills for the year are going up by an estimated 4.6 per cent for unmetered household customers and 4.5 per cent for those on meters.

Ofwat, the Water Services Regulation Authority, is the body charged with regulating the privatised water and sewerage industry in England and Wales. But it is the classic example of a “captured” regulator, backing the interests of the companies it is supposed to regulate against the interests of the people.

This structure ensures that money is pumped out of the water industry via the public, and pumped into the pockets of the shareholding minority. We the users of water pay: the dividend-holders consume the money – a truth the companies try to conceal.

Read Hall’s report and you will see how the companies make every effort to hide their dividend payments. For example, Northumbrian’s cash flow table shows no dividends paid between March 2020 and March 2021 and states, “no dividends were approved or paid during the year ended 31 March 2021.” True, but then it discreetly adds, in a Note, “After the balance sheet date, the Board approved the payment of a final dividend of £123.3m in respect of the year ended 31 March 2021.”

Similarly, Anglia states, “No dividends were paid by the company or out of the Anglian Water Services Financing Group for the year ended 31 March 2021 (2020: £67.8 million). No dividends were paid to the shareholders of Anglian Water Group Limited (AWGL), the ultimate parent company in the year (2020: nil).” It then refers to Note 31 ‘for details of dividends declared after the end of the year’ - “On 26 May 2021, the Board agreed to recommend a final dividend for 2020/21 of £96.3 million”, 40 per cent more than in the previous year.

Anneka France, of the Rivers Trust, has called for more investment to improve infrastructure. But instead, Thames Water, like the other water companies, puts its profits and dividends first, way ahead of its duty to provide safe clean water for the people of London.

At the latest count, for 2019/20, pipework in the Thames Water area was losing 595 million litres of water every day – more than any other water company. Its pre-tax profits rose last year to £434 million. It increased our bills, and received a tax credit from us, the generous taxpayers. Overall some 3 billion litres of water are lost to leaks every day in England and Wales, with another 463 million litres in Scotland.

Water companies pumped polluting and harmful raw sewage into national water sources over 400,000 times last year. The Rivers Trust says that more than half of England’s rivers fail cleanliness tests. Yet the government is still proposing that we the taxpayers, not the water companies, should foot the bill for sewage system improvements.