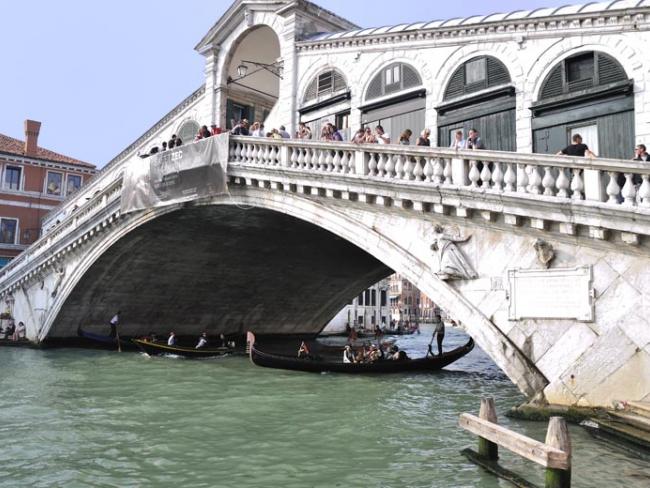 Financial operations have existed for a long time. Distinct from the production of goods or trading them, finance is about controlling and exploiting production. But finance capital has become an increasing impediment to progress and the economy.

In 14th-century Florence, profitability in production and trading of textile products declined. Opportunities for profit emerged in the financing of public debts. This led to an increase in social inequalities as commercial and productive activities began to disappear. Financial profits became concentrated in the hands of a small number of financial operators.

By the 17th century the oligarchies running Venice, Genoa and Amsterdam grew inward looking and withdrew almost entirely from active trade. They turned into rentier-investors looking for a privileged life based on the enterprise of others.

In the early stages of capitalism finance capital played a positive role at times in developing a productive economy. Between 1830 and 1860, European financial capitalism was successful; the banks took hold of everything including industry. And finance capital was at the heart of the lightning growth of German industrial capitalism at the turn of the twentieth century. In these periods finance could be a weapon in the drive toward accelerated industrialisation and large-scale production.

That picture has changed dramatically in the last 50 years. One of the most remarkable developments in the leading capitalist countries since 1970 has been the accelerated expansion of financial operations. Regulatory constraints on derivative financial products were relaxed. Deregulation became widespread, affecting other markets and assets too, like bonds.

The development of complex derivatives has been extraordinary. These are far removed from the underlying production of goods but are traded as if they represent real, tangible value. The notional value of derivatives grew from almost nothing in 1970 to $865 billion in 1987, reaching a figure of $685 trillion at the end of 2010.

‘…a meteoric rise in inequalities between classes…’

This spectacular growth in derivatives and specifically in the subprime markets resulted in the systemic financial crisis of 2007-2008. Indebtedness in the leading capitalist economies grew continuously from the 1980s – accompanied by an enormous increase in the financial sector’s share of the economy.

But over the same period there was a meteoric rise in inequalities between classes and growth in industrial activities declined in the advanced capitalist states.

The diverse array of financial products and debts now has great influence over the economy. The expansion of this fictitious capital works as an inhibitor of future production as it has taken a central place in the general process of capitalism.

The liberalisation of finance has been accompanied by the internationalisation and increased sophistication of financial markets. Alongside this is the growth of indebtedness among states, firms and even households; the privatisation of greater parts of social life; the fragmentation of the workers’ movement and a proliferation of financial crises.

Finance capital now operates along with the two other features of contemporary capitalism – globalisation and neoliberalism – as the transnational monopoly occupier of the whole world.

A complex web of financial mechanisms has evolved to separate the ultimate owners of wealth from the businesses and enterprises that should be generating real wealth. The costs of the 2008 financial collapse were “socialised”, paid off with taxpayers’ money. That’s to the detriment of workers, who were never supposed to benefit from this “communism for capital”.

Almost incomprehensibly large sums were taken for recapitalisation, temporary bank nationalisation, repurchasing assets, loans, guarantees and injections of liquidity. Between autumn 2008 and the beginning of 2009, the total amount that states and central banks in the advanced countries committed to supporting the financial sector has been evaluated at some 50.4 per cent of world GDP! Staggering!

The 2007-2008 crisis and the long recession in which the world economy has been caught up ever since stripped away the veil. Austerity policies, structural reforms and the priority given to financial stabilisation show that it is finance capital’s needs and not those of the people that prevail.

Economic commentators are fond of comparing the journey of finance capital to the passing of the seasons. This fable describes the early years of finance supporting industrial capitalism as its springtime. The current phase is its autumn – with winter pressing.

‘Indebtedness grew continuously from the 1980s.’

But the financial instability inherent in capitalism is not seasonal weather. Nor is it a moral problem caused by individual rogue workers who are motivated by greed. Rather, as its history shows, instability is a systemic defect caused by the unregulated framework of a liberalised finance capital.

Capitalist financial systems are inherently susceptible to long bouts of speculation that end in crises. Though the apologists talk of the efficiency of markets, unrestrained financial markets tend toward excess and upheaval that harms the real economy we all depend on.

True finance should support the real economy and not be in opposition to it. Today’s finance capital ultimately veers towards giving money magical faculties that it does not possess, as if it is the property of money to create value rather than the production process and the exploitation or use of labour. It is a dangerous, foolhardy chimera – and ultimately unnecessary.