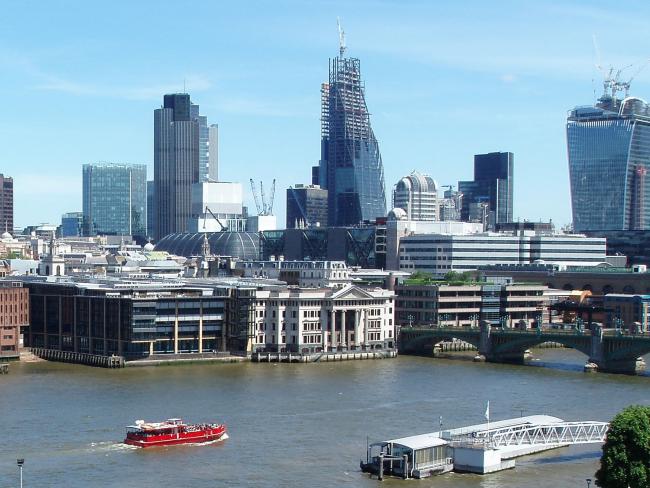 The City of London, home to many of the firms the FCA is meant to regulate. Photo Workers.

Workers at the Financial Conduct Authority (FCA) have stepped up their fight for better pay and conditions with a two-day strike last week on 9 and 10 June.

The long running dispute with the FCA, the UK’s financial markets and services regulator, is over cuts to pay and conditions, aggravated by refusal to recognise Unite.

A work to rule has been in effect since May by staff who have regularly worked overtime and beyond contractual hours, as reported in Workers May/June 2022 edition

Unite has found that 1,000 people have left the FCA since October 2020, at which time the workforce was around 4,200. The union claims that rate of turnover has created a crisis and impacted its ability to act as effectively as a regulator of the over 50,000 firms it's responsible for.

The industrial action and possible further strikes will add to the pressure on the FCA. Unite has called on FCA to meet the union, with the involvement of conciliation service ACAS if required. The union said, “It is very simple: they [FCA] can work with Unite to improve pay, terms and conditions and, accept the desire of this workforce to be represented by our union, or they can face ongoing strike action.”