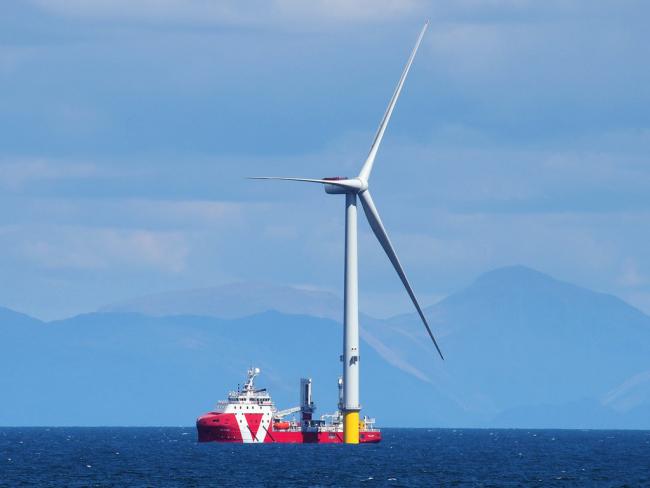 Walney Offshore Wind Farm Exension off the Cumbria coast is one of the world's largest. Photo Rossographer (CC BY-SA 2.0)

There’s no doubt that Britain needs to develop a coherent energy policy. And despite the headlines, it’s equally clear the government doesn’t have one.

Parliamentary party conferences are often full of hot air and vague promises. The Conservative Party’s (virtual) gathering in the first week of October was no exception.

The prime minister Boris Johnson spoke about energy and reducing the use of carbon fuels. He announced that every home in the UK would be powered by wind by 2030.

Johnson painted a picture of people heating their houses and refuelling their electric cars thanks to wind power within a decade. That drew predictable applause from Greenpeace and so on. But the accompanying promise of a mere £160 million to upgrade ports and factories betrays a deep-seated lack of vision.

Industry analysts have already pointed out that investment of around £50 billion would be needed to raise the curent offshore generation capacity of 30 gigawatts by one-third to 40 gigawatts. The government either underestimates the scale of the task, or else it does not really intend to make those announcements a reality.

Johnson’s speech was littered with headline grabbing soundbites, but was short on detail. Who can forget “UK to become the Saudi Arabia of wind”, or the reminder that Drake and Nelson ruled the waves powered by British wind? Writing in the Daily Telegraph, one reader commented “… It can only be a matter of time before supertankers full of UK wind are sailing the seven seas delivering our finest air to all corners of the globe”.

It seems, though, that Johnson has forgotten the claim by former SNP leader Alex Salmond in December 2017. At a conference on renewables Salmond said that Scotland would become “the Saudi Arabia of tidal power”. The only difficulties he saw were Brexit, nuclear power and the Tories. But as with Johnson detail was lacking – and he forgot to mention his own party’s inevitable opposition to supporting British industry when it came to offshore construction contracts.

'Other countries build most of the wind farms.'

It is undeniable that Britain is a windy island, and the development of offshore capacity has been dramatic. But it is other countries who build most of the wind farms. Whilst the Germans and Dutch invest heavily in manufacturing capacity, our government’s ambition is to make this country and its wind power generation attractive to foreign investors  through subsidies and generous pricing promises. Successive UK governments have adopted the same approach to nuclear power generation too.

The Prime Minister can easily mouth platitudes about Carbon Capture Storage, and hydrogen energy developments. But in the absence of a coherent energy policy, it is merely empty rhetoric.

The government’s energy white paper setting out future policy was due in the summer of 2019. A revolving cast of minsters have announced delays – to March 2020, then to this autumn. But now energy secretary Alok Sharma can’t say when it will appear. Can we expect a government that is already 18 months late in producing a White Paper to oversee a massive step forward in power generation within 10 years?

Wind is intermittent, and homes only account for 30 per cent of demand, so where is the rest to come from? Unless modern power stations replace our ageing nuclear estate, and we support our own industrial development in offshore and hydrogen power, we will remain dependent on others for our energy.